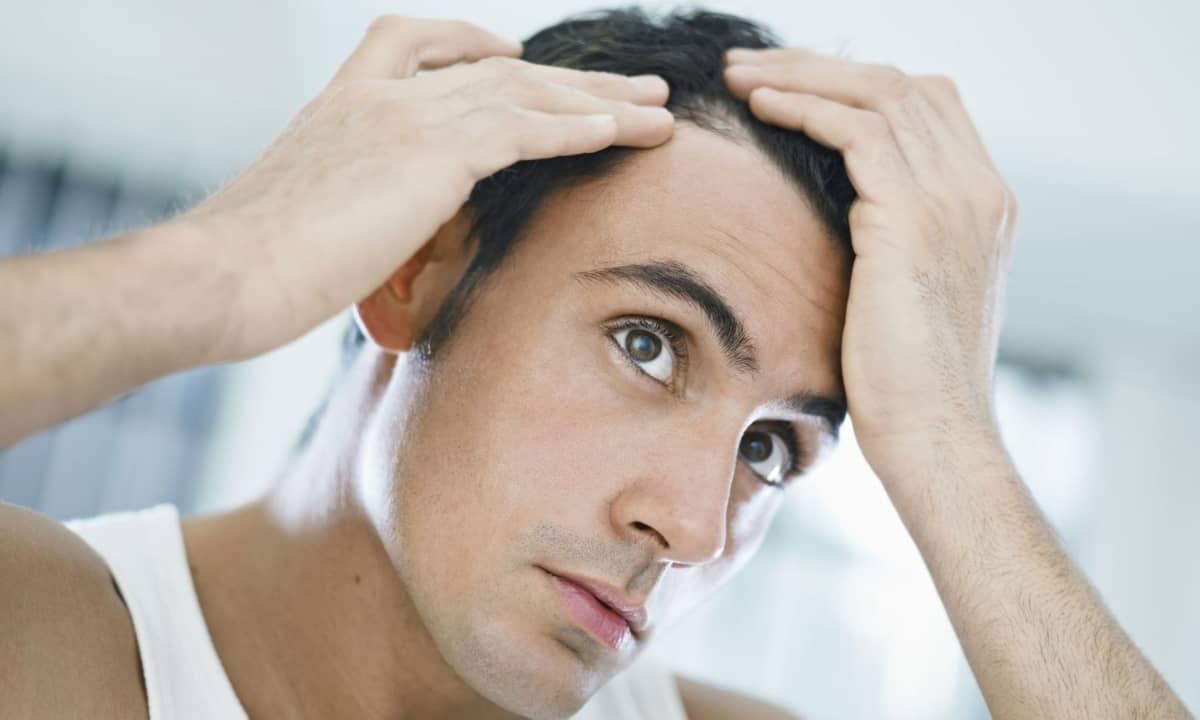 All men lose their hair, but some men lose a lot more than others.

Almost every man fears going bald, and the onset of hair loss often instills a dreary attitude, zaps self-confidence, and renders even the strongest, most confident men unable to live life to the fullest. After all, hair is a symbol of youth, physical strength, vitality, female seduction and physical attraction, while baldness may suggest sterility.

According to a 2009 survey by the International Society of Hair Restoration Surgery found, almost 60 percent of men would rather have a full head of hair than money or friends, and nearly $4 billion is spent on baldness cures every year globally!

In essence, men most dread being bald because they think they will no longer be attractive to potential sexual partners, often feeling deep shame and even inferior to men with hair. Many do everything in their power to halt or even reverse their receding hairline, but to what end? Try as they may, those destined to be bald end up being bald. 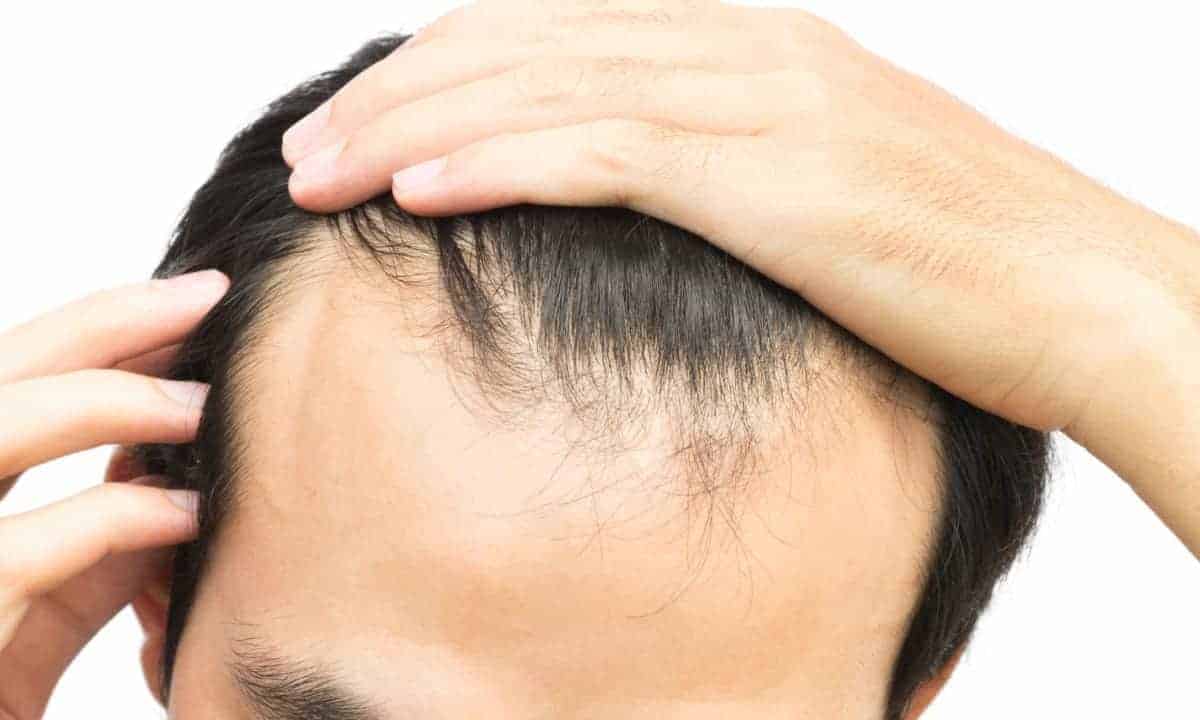 For many men, balding becomes an unhealthy obsession that costs them valuable time, money and energy

The Fear Of Balding

So, how bald are you based on the Norwood scale, and how does it make you feel? Chances are you dread the prospect of being completely bald sometime in the future.

Phalacrophobia is the term given to the general fear of becoming bald, and it’s a condition that you definitely wouldn’t want. But just because your hair keeps falling out and you are scared of going bald doesn’t mean you are phalacrophobic.

While it sucks that men are predisposed to losing hair (it’s what nature intended, after all), it’s normal to be worried about hair loss. In fact, if you notice a drastic change in your hair loss pattern — that is, if it has become more severe than what it used to be without any identifiable cause — then your fears may be well-founded.

The things is, you shouldn’t dread losing hair, especially to the point of developing an irrational phobia. Did you ever think that it could be your very own fear of baldness that is causing hair loss? 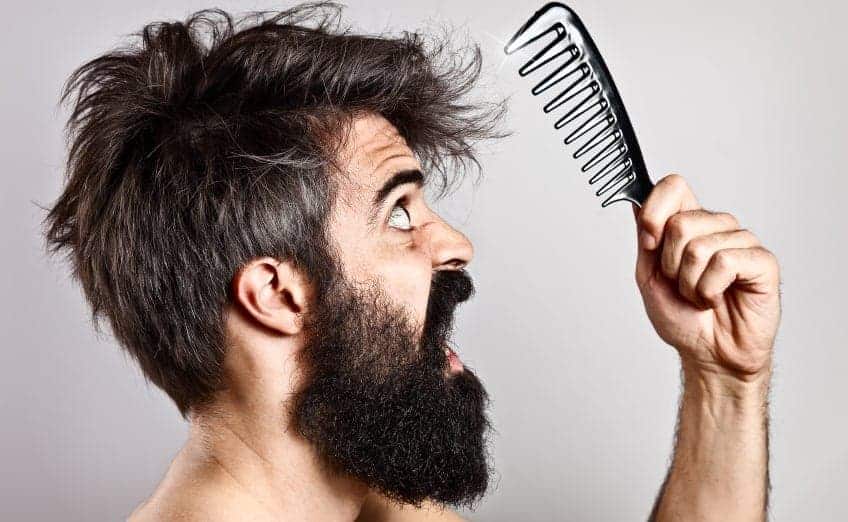 We know fear as the unpleasant emotion caused by the belief that someone or something is dangerous enough to potentially cause psychological, physical, emotional, or spiritual harm. While we may experience it in a variety of degrees, fear always produces an associated stress (emergency) response, and the greater the fear, the more dramatic the stress response.

Now that we know what fear is, it’s easy to see why losing hair and going bald makes many, if not most, men feel as if they are in danger. The threat of harm is not physiological but rather expresses itself physiologically, emotionally, spiritually, or a combination of the three.

The nervousness, concern, or apprehension one experiences from mild fear; the agitation, anxiety, and worry experienced from moderate fear; and the fright, trepidation, terror, or hysteria commonly associated with extreme fear can and will cause some harm, and that’s because fear creates stress. 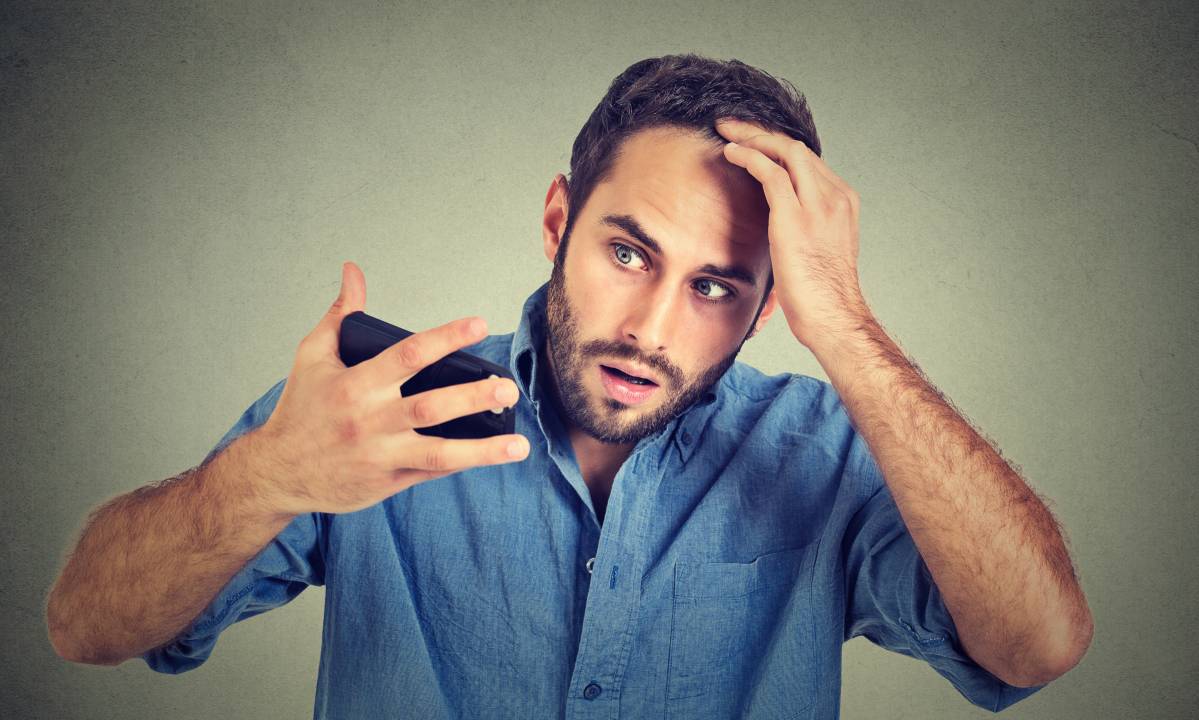 Fear causes stress, and stress leads to hair loss or, at the very least, exacerbates it. Telogen effluvium, trichotillomania and alopecia areata are the three types of hair loss that can be associated with high stress levels.

In telogen effluvium, significant stress causes large numbers of hair follicles to be prematurely pushed into a resting phase, making them fall out suddenly when simply combing or washing your hair.

Trichotillomania, on the other hand, is an irresistible urge to pull out hair from your scalp, eyebrows or other areas of your body and a condition I am intimately familiar with. Hair pulling can be a way of dealing with negative or uncomfortable feelings, such as stress, tension, loneliness, boredom or frustration, and is something I found myself doing on the regular during the darkest, loneliest and most confusing time of my life.

Finally, with alopecia areata, the body’s immune system attacks the hair follicles, causing hair to fall out in patches. While there is little scientific evidence that alopecia areata is caused by stress, the fact that severe stress inhibits the immune system makes it at least one of the various factors that causes the autoimmune disorder. 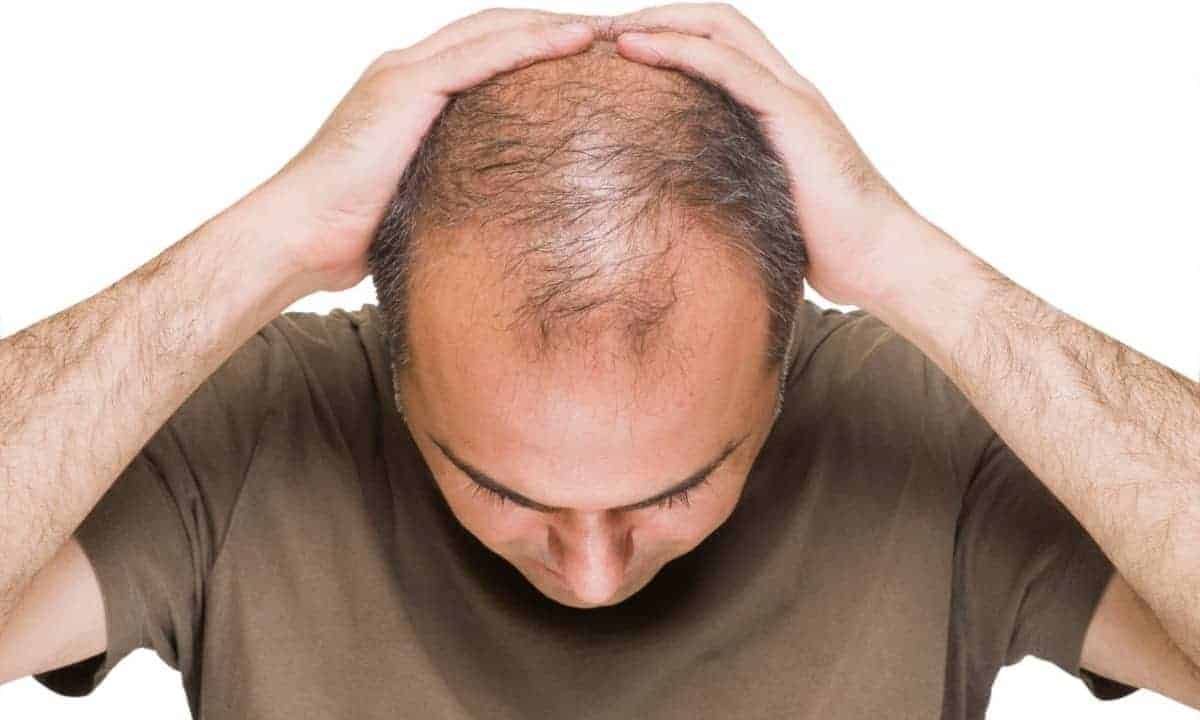 Fear could make you lose hair, and the more hair you lose, the more fearful you become

Men consumed by the fear of going bald unknowingly find themselves in a vicious cycle in which hair loss further worsens the fear, and the fear creates even more stress. This could result in you waking up one day to find yourself completely bald.

During the denial and anger stages of my hair loss journey, fear clouded my judgement and drove me to try several treatment options that either made my hair loss worse or, in the case of finasteride, left me with undesired symptoms that took years to recover from. I lost countless nights of good sleep over worrying and obsessing, with my health and overall productivity taking a hit as a result.

I would later come to realize that, in this little miraculous universe of ours, we are what we think and feel, and excessive worrying about hair loss, as well feeling bald, will only attract to you more hair loss.

Fortunately, stress-induced hair loss from conditions such as telogen effluvium, trichotillomania and alopecia areata doesn’t have to be permanent. If you get the stress under control with lifestyle changes that promote a healthy body, mind and spirit , your hair might grow back.

It’s okay to be worried about losing your hair to an extent, but don’t fear balding.

Be Concerned, Not Worried

It’s OK to be concerned about your hair loss, but don’t be afraid of it. Don’t spend so much of your life force worrying about something so normal and natural. Instead, take action! If the fear is so strong that it gives you recurrent nightmares, anxiety attacks, or make you quiver in social situations, then you have a phobia that needs to be addressed immediately.

A man concerned about his hair loss sees the problem, accepts his condition and takes healthy steps to address it, whereas the worried man lets the problem consume his life with fear, anxiety, depression and paranoia, prompting him to take extreme, sometimes unhealthy, measures to reverse his receding hairline.

The concerned man doesn’t lose sleep over losing hair and carries on his day with confidence; the worried man might as well be walking on egg shells, ever conscious about his thinning hair and preoccupied with what other people may or may not be thinking about it. One doesn’t let hair loss get in the way of living life to the fullest, while the other is disabled and even castrated by the shame of balding.

Which man are you? Which man do you want to be? 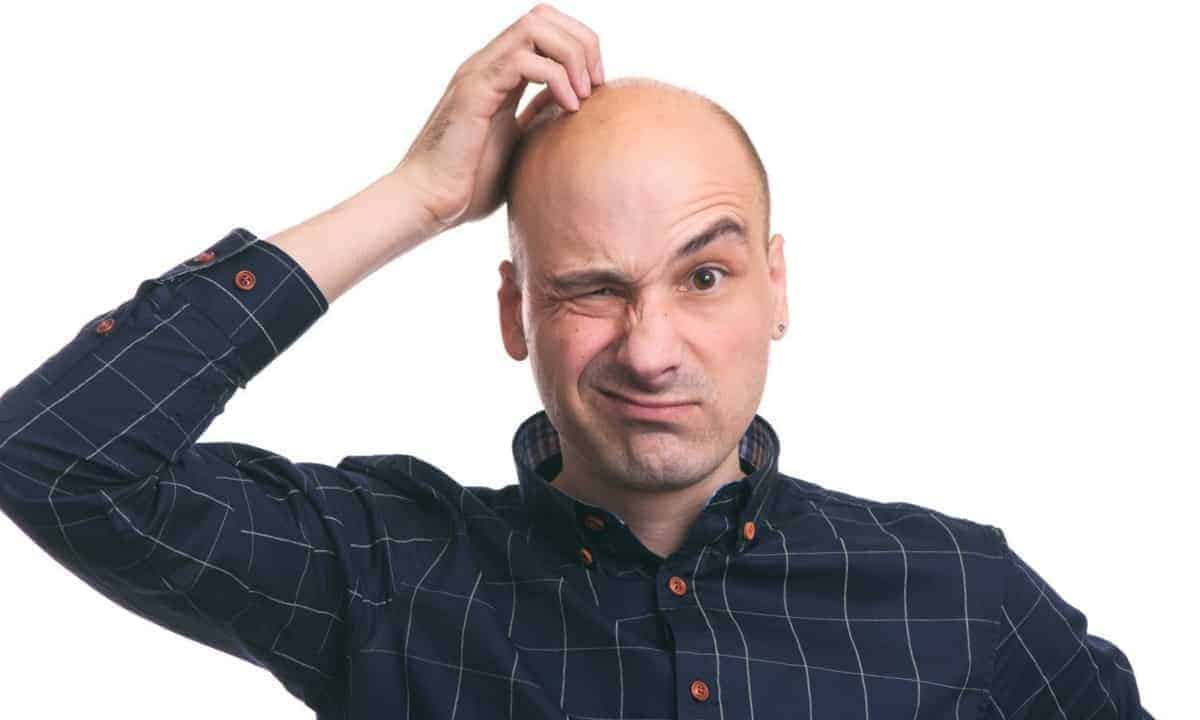 There are several hair treatment options that have been effective for many balding men.

Get Help; Get Treatment

If you are worried about hair loss, seek help! Talk to your doctor, join a help group, and start treatment. There are a number of effective hair loss treatment options that have been successful for many men, ranging from hair thickening fibers that help conceal your baldness to surgical hair transplants.

Some remedies, such as hair thickening fibers and minoxidil (e.g. Rogaine) cost as little as $20 per bottle and could last you months, while others require a more significant investment. Either way, not all hope is lost to either slow down your hair loss or get some of your hair back.

However, keep in mind that it’s not hair loss that’s the root cause of your fear. Rather, it could be your genetics, sedentary lifestyle, neuroticism and accompanying nervous energies, or a combination these factors that have affected you beyond the normal. It’s also important that you develop a positive outlook by changing your attitude and mindset. Recognize your shame over balding and make it fully conscious. 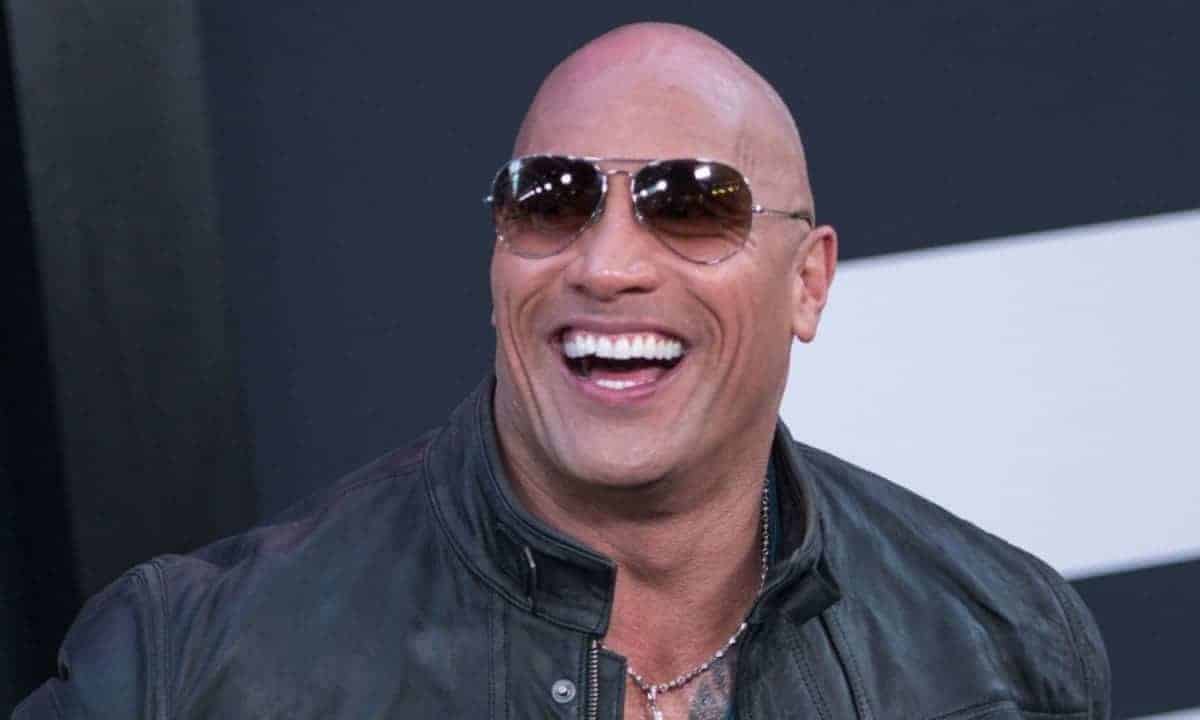 As successful people like Dwayne ‘The Rock’ Johnson have proven, accepting and embracing your baldness is key to living a happy life.

For most men, nothing is certain but death, taxes and hair loss. Don’t let the fear consume you — conquer it by taking action and reaching out! Unless you have a medical condition, there is nothing wrong or unhealthy about being bald. In fact, there are a number of benefits.

Looking at the likes of Dwayne ‘The Rock’ Johnson, Vin Diesel, Jason Statham and many other successful people, it’s hard to imagine them with a full head of hair. Unlike LeBron James, these men have accepted and embraced their baldness despite having access to every state of the art hair loss treatment solution imaginable, and this is one of the reasons why they are sex symbols.

One advice I often give to young men who, in the spirit of youth, can’t fathom being bald is to shave their head bald at least once and keep it shaven for several weeks or months. This will help them become accustomed to being bald so that when they eventually start losing their hair, it will come less as a shock. The fear and stress that castrates most balding men will be diminished, if not eliminated.

Have any questions, advice or suggestions regarding men and their fear of going bald? Let us know in the comments below. 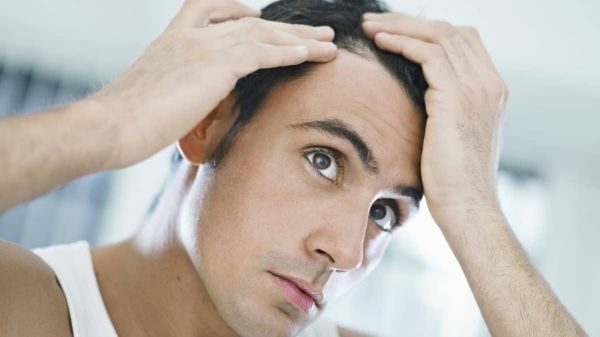 The best vitamins for hair growth and preservation, as backed by research, plus four other nutrients. Hair loss is the bane of both men... 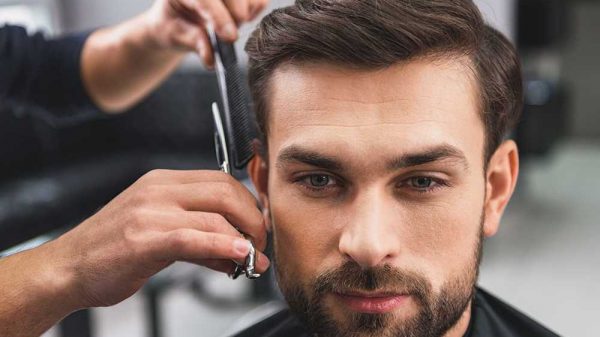 If you have thin hair or a receding hairline, there are a number of excellent men’s hairstyles for thinning hair that will make you... 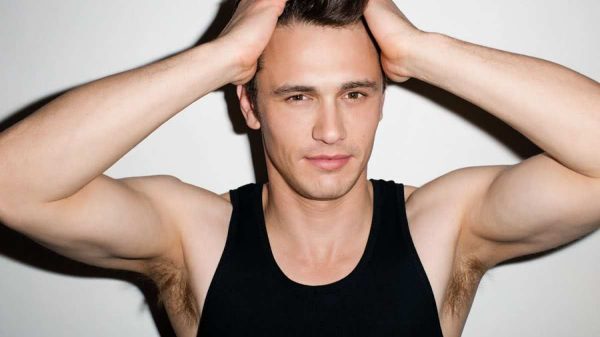 Should Guys Shave Their Armpits? 5 Reason Why You Shouldn’t

Should guys shave their armpits? We look at the reasons why they probably shouldn’t. It’s your hair and you are free to do with... 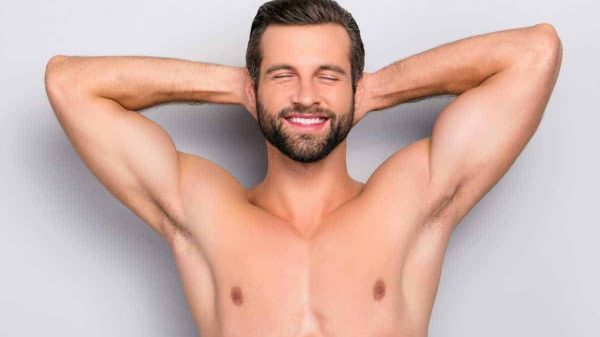 Should Men Shave Their Armpits? 5 Reasons Why You Should

Should men shave their armpits? Guys ask this question a lot, so let’s address it once and for all! Men trim their body hair...