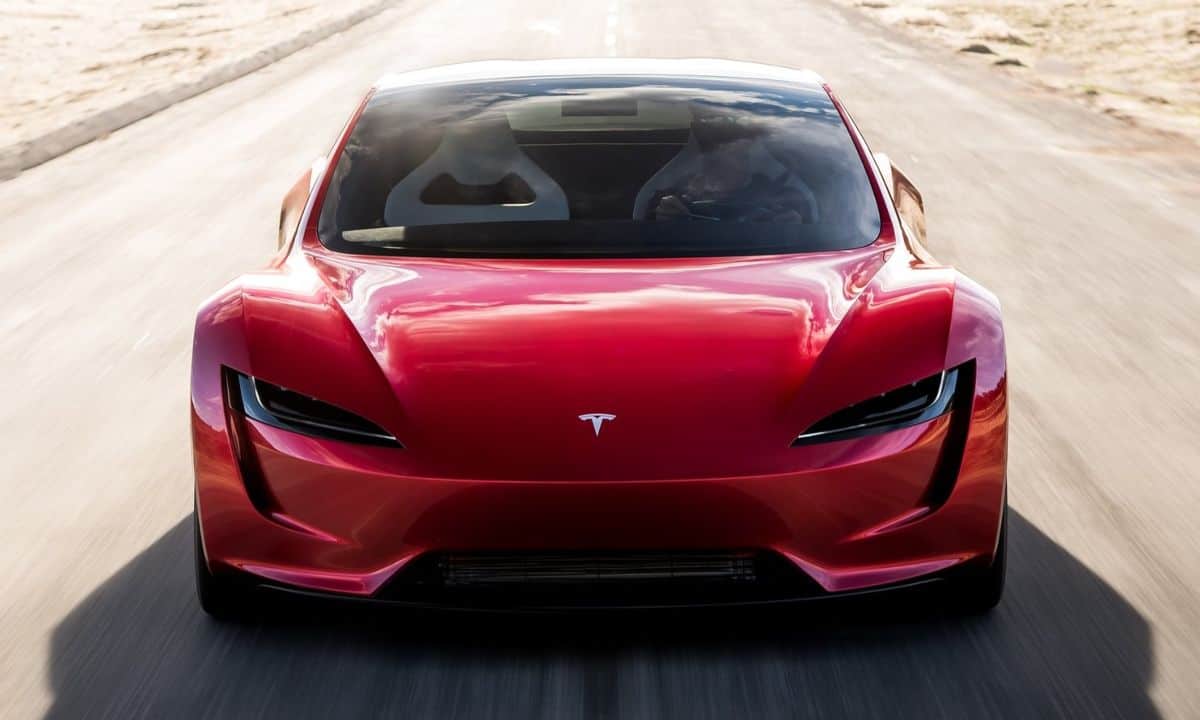 The new Tesla Roadster will lay a “hardcore smackdown” on all gasoline-powered sports cars, supercars, and hypercars.

“​The quickest car in the world, with record-setting acceleration, range and performance” — that’s how Tesla describes its second-generation Roadster.

Those are bold claims from such a small automaker, but Tesla has proven time and again that we should never doubt it.

In its relenting war against the giants of the industry, it has fielded some of the best cars ever made. And now it’s returning to its roots.

See: 12 Reasons Why Real Men Like The Tesla Cybertruck

The original Roadster put Tesla on the map, even if most people don’t remember it. The new Roadster picks up where the old model left off, and cranks up the insanity meter.

If the company manages to deliver on those lofty performance goals, we are in for what might very well be the most incredible car in decades.

Why We Love The New Tesla Roadster 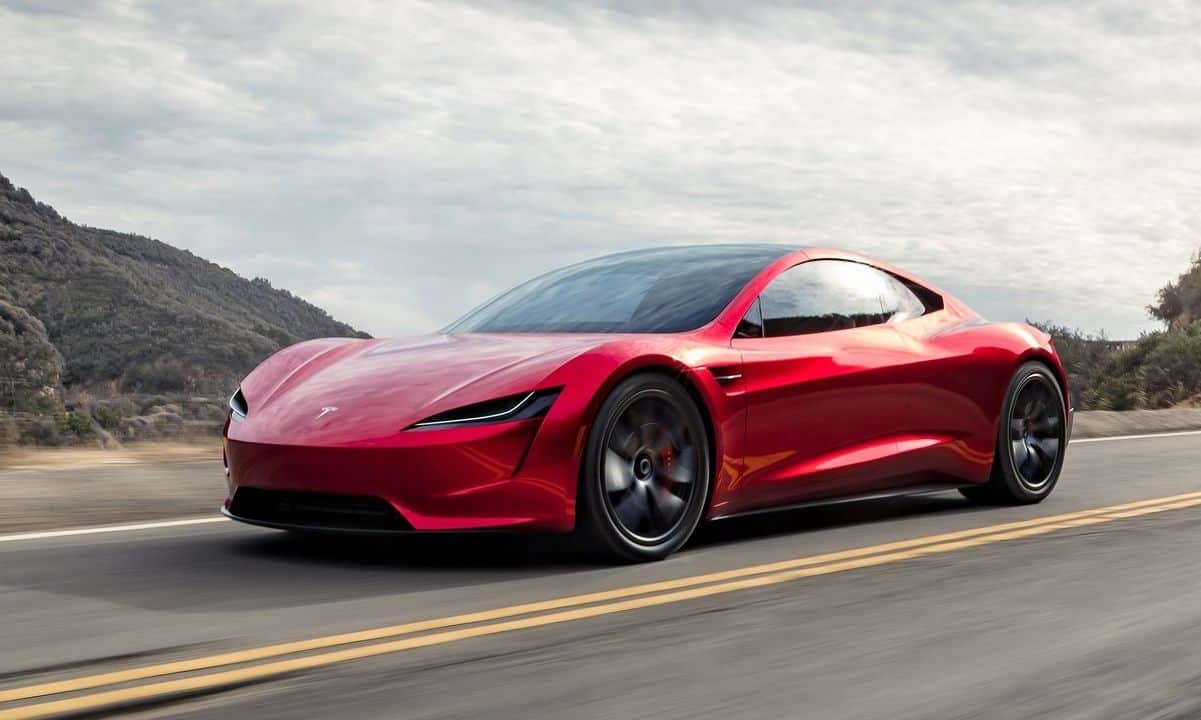 The Tesla Roadster is a new supercar for a new age.

Here are 10 reasons why cars guys like ourselves love the new Tesla Roadster Go over them, and let us know what you’re looking forward to the most.

The new Tesla Roadster probably won’t go down as one of the most beautiful cars ever made, but Tesla certainly got its design right.

Tesla’s electric sports car manages to look both modern and futuristic at the same time, capturing our childhood imaginations.

When Tesla unveiled the Roadster, Musk boasted that it would be the world’s fastest production car. How fast, you ask? 0 to 60 mph (96 km/h) in 1.9 seconds fast!

That’s absurd, I know, but there is more. If Musk is able to keep his promise, the new Roadster will also be able to hit 100 mph (161 km) in 4.2 seconds, and complete the quarter-mile in 8.9 seconds, before reaching a maximum top speed of over 250 mph!

The Roadster achieves these break-neck acceleration feats with three electric motors that give it all all-wheel-drive. One motor is in the front, while the remaining two power the rear wheels.

And to think that’s just the base model. Just imagine how much crazier a higher trim will be… 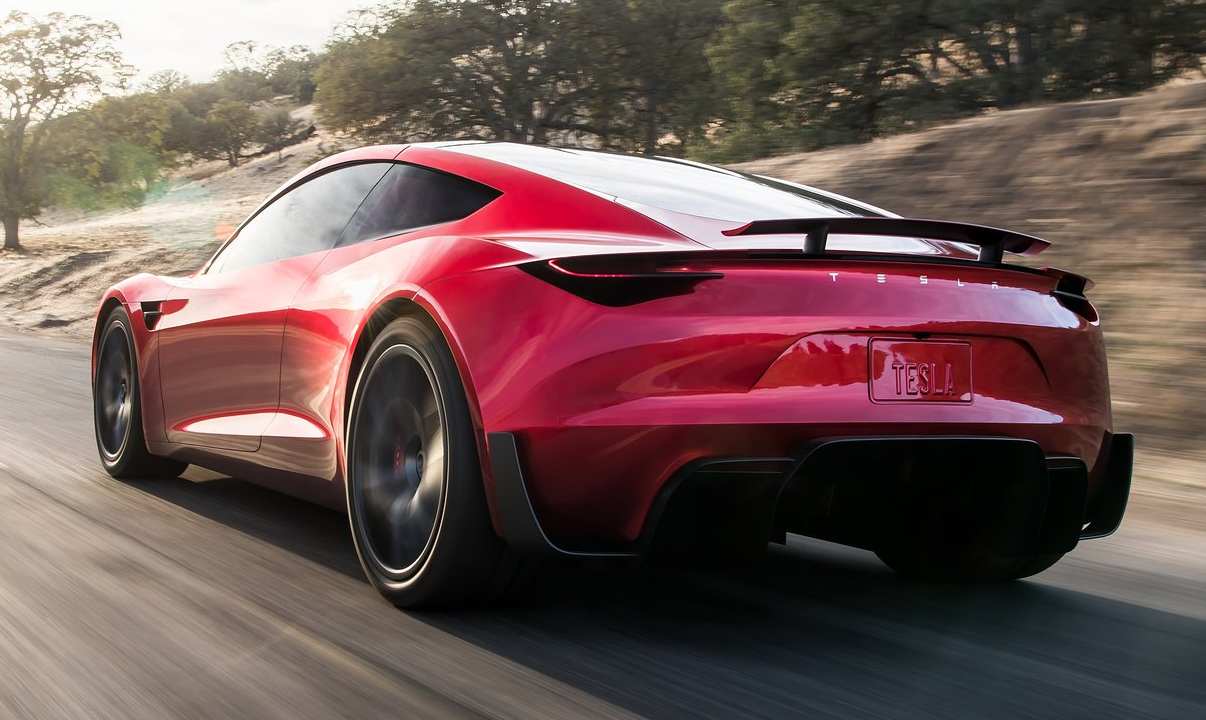 The new Tesla Roadster sports car will have an optional SpaceX package that gives it rockets and makes it go faster.

One of the most fascinating things about the new Tesla Roadster is that it will be available with a SpaceX package that adds 10 tiny rocket thrusters behind the license plate and around the car.

Tesla promises dramatically improved acceleration, top speed, braking, and handling. Could it be that the car’s crazy acceleration numbers is possible only when this package is equipped?

Either way, how many cars do you know that have rockets?

It wasn’t just for the performance, but also for the latter’s nerdy reference to the 1987 satirical comedy, Spaceballs. In the film, ‘Ludicrous’ is a speed exceeded by only one level: Plaid.

Naturally, as the fastest Tesla vehicle to date, the new Roadster has Plaid Mode. And as a nice nod to the movie, the center display shows a plaid overlay when accelerating.

The new Tesla Roadster is said to have the highest electric range of any production EV ever made. Equipped with 200 kWh batteries, it should be able to provide around 620 miles (1,000 km) of range!

Granted that you have to be a judicious driver, one with a light foot, to get anywhere close to that figure, it’s a testament to how far ahead Tesla’s battery technology is compared to the competition.

Drive your Roadster like you would a Toyota Corolla, and you will never have to worry about range anxiety. On the other hand, taking it to the track for some hot laps can cut that range by more than a half.

Either way, running out of juice will not be a problem. The Roadster supposedly has the best charge-rate of any electric car. 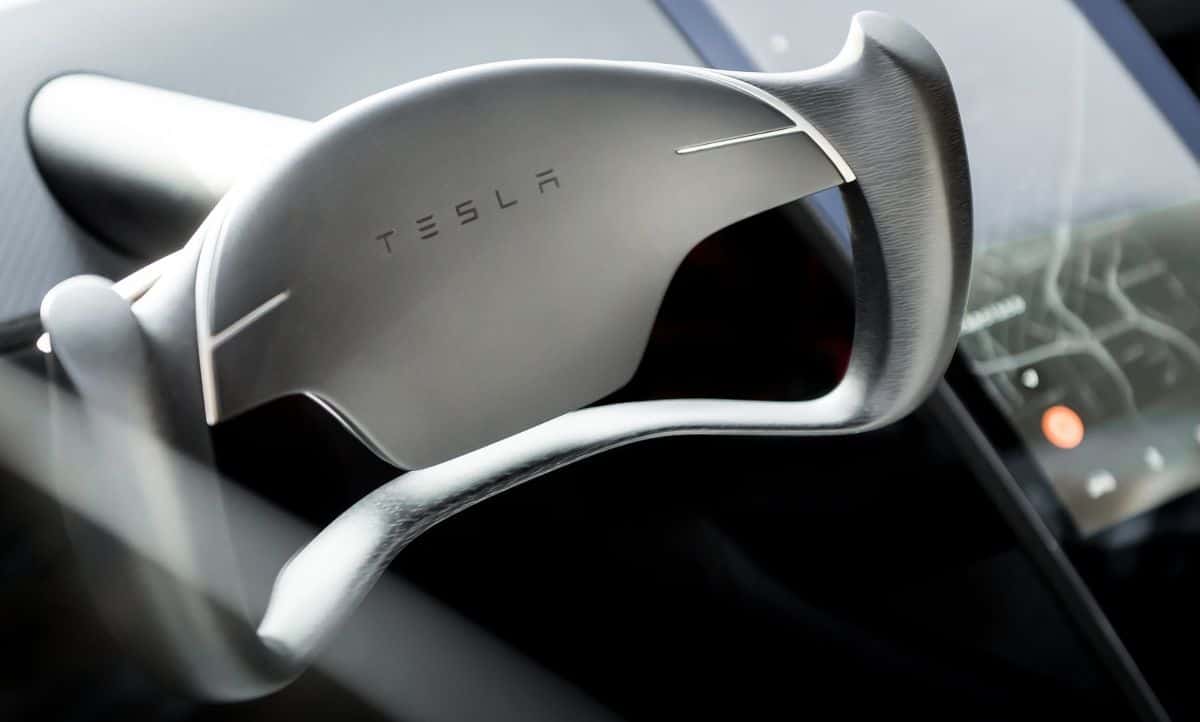 The new Tesla Roadster interior is simple, minimlist and airy, complete with a butterfly steering wheel.

The Roadster features Tesla’s signature interior design, which means minimal buttons and a large touchscreen right in the middle of the control panel.

It also boasts a two-spoke butterfly steering wheel, a design more commonly found on track-exclusive supercars and racers than on production vehicles.

What more could you ask for?

It is quite unusual to see a four-seat sports car, especially one as small as a Roadster, but Tesla’s engineers somehow managed to build one..

The new Tesla Roadster was designed to accommodate four people and their luggage. There is storage space behind the rear seats and, as to be expected of an electric vehicle, a front trunk (frunk).

Just don’t expect your rear passengers to have the same level of comfort as you have. The Roadster is a driver’s car first and a people-move second.

Unlike the original model, the new Tesla Roadster is a sports coupe and a convertible rolled into one. That’s because, like the new Corvette C8, it has a removable glass roof that can be stored in the trunk.

The roof is lightweight, so taking it off for some open-air driving should be easy breezy.

This car lets you make the best of all weather conditions.

When you buy a Tesla Roadster, you can be sure that you are one of only a few people who owns one.

First, with a starting price of $250,000, the average man won’t be able to afford one. Second, Tesla won’t make many of them. In fact, Elon Musk has hinted that no more than 10,000 units will be made.

Needless to say, don’t expect to see many of this Tesla sports car driving around. Owning one will certainly make you stand out.

The new Tesla Roadster is by no means the first-ever all-electric sports car or supercar, nor the most important, but it’s the first one to make the world take notice.

As far as performance cars go, it is the best example yet of why the future is electric.
The Roadster will beat any Ferrari, Lamborghini, MacLaren, Bugatti, and Porsche ICE vehicle on the drag strip until the legacy automakers get their charge on.

By the looks of things, only another all-electric sports car or supercar will be able to challenge this Tesla. 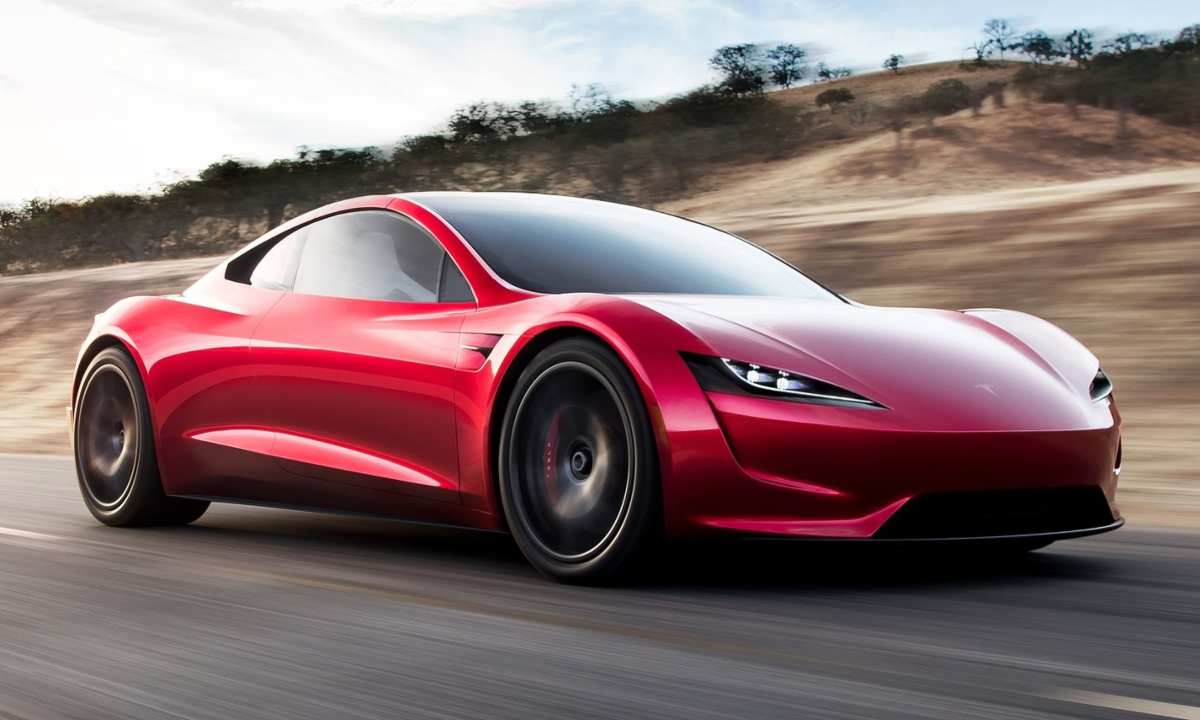 The performance figures of the Tesla Roadster sports car sound like science fiction, but they are real!

There’s no denying that the Roadster’s performance is out of this world. A 0-to-60 mph time of 1.9 seconds, a top speed of over 250 mph, and a range of over 600 miles makes it sound like science fiction.

But it isn’t science fiction — it’s real! And the shocking thing is that those are just the baseline figures.

That’s right, there will likely be variants of the roadster that have an even faster 0-60 mph time, higher top speed, and better electric range!

It’s quite obvious that we’re quite impressed by the new Tesla Roadster, but what about you? What impresses you the most about Tesla’s sleek-looking electric supercar? Do you want one?

Let us know in the comments, and head to Too Manly Cars for more content like this.