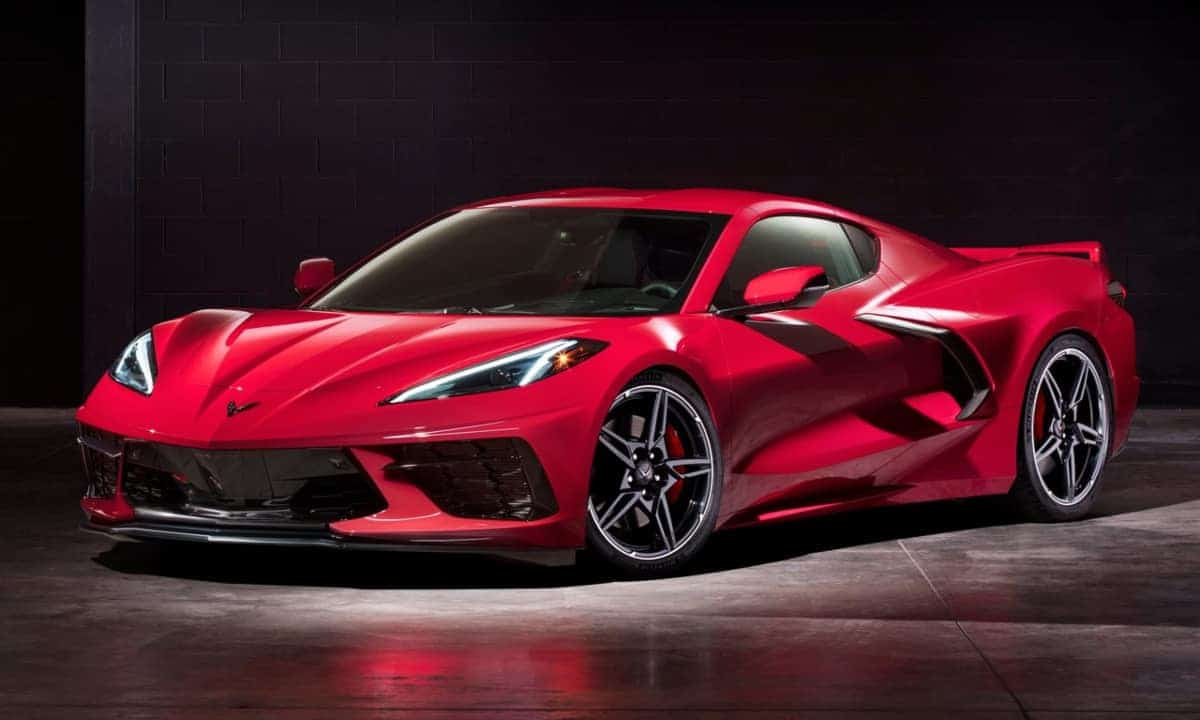 It’s a new era for the Chevrolet Corvette. With a starting price of under $60,000, the new Corvette is a performance bargain for the ages.

After decades of speculations spurred my numerous concept cars, the C8 Corvette is finally here and it’s the first mid-engine Corvette.

Visually, the new C8 Corvette stays true Corvette tradition. It looks like nothing more than a refreshed C7 Corvette from the front or rear ends (for better or for worse), retaining the angular lines and creases we are now use to seeing. There is no mistaking for anything other than a Corvette when looking directly at it from the front or rear.

It’s from the side that we a get a real departure, and from this angle, the C8 Corvette looks like a pure, unadulterated mid-engine supercar the likes of a Ferrari, Lamborghini or McLaren. It appears purposeful in its aerodynamics, subtle in its proportions, and extremely dynamic in its stance.

Sure, there will be critics — some will call it a Ferrari or McLaren knockoff, or a confused mixture of an Acura NSX and C7 Corvette — but I for one think it looks great! What about you?

The changes continue into the driver-centric interior, where Chevrolet took the Corvette in a more high-tech direction. The dashboard is dominated by a digital instrument cluster and a large touchscreen for the firm’s next-generation infotainment system. Fans of buttons will love the narrow arrangement of mostly manual climate controls nestled in the C8’s center spine, though some might find the odd arrangement and positioning to be unsightly.

In yet another nod to Corvette tradition, the the base engine for the new Corvette is a 6.2 liter small block V8 (dubbed ‘LT2) that produces 495 horsepower and 470 lb-ft of torque when equipped with the optional performance exhaust system. A new high-tech dual-clutch eight-speed automatic transmission drives the rear wheels, allowing models with the Z51 package to achieve a 0 to 60 mph (96 km/h) time of under 3 seconds! That’s as fast as the C7 Corvette ZR1, which until now was billed as the fastest Corvette ever.

Speaking of the Z51 package, it enhances the C8 Corvette’s overall performance with a more aggressive front splitter, an open rear spoiler, beefier brakes and cooling, a more aggressive transmission gear ratio, and a better electronic slip differential, among other upgrades.

The suspension has been completely reworked. It is full-aluminum and uses diecast parts for maximum stiffness. There are still double wishbones at all four corners like the previous Corvette, but the traditional transverse rear spring has been replaced by coil springs.

GM’s critically-acclaimed Magnetic Ride Control is also available and can be controlled through six driving modes, among which is a ‘Z mode’ that allows the driver to fully customize all settings. The electrics are all part of the C8 Corvette’s new digital vehicle platform and electronic architecture that will allow over-the-air updates for the C8’s computer systems.

But despite being stiffer, the suspension manages to offer improved drive comfort that should make the new Corvette great for both track and everyday usage. The front end can lift to better clear obstacles, and for road trips and grocery shopping, there’s enough storage in the frunk for a couple small overnight bags. You can even fit a reasonable suitcase or a pair of golf bags in the back cargo area.

Chevy plans to build the C8 Corvette with the steering wheel on right side of the car, so folks in countries that drive on the left side of the road can rejoice.

The new Chevy Corvette C8 is an impressive piece of machinery that’s primed to take on the worlds best from the U.S., Europe and Asia, but perhaps the most shocking news of all is its price. GM estimates the base C8 Stingray will start at less than $60,000! Let that sink for a second…

That’s right, under $60,000 for a world-class, mid-engine supercar that can accelerate to 60 mph in under 3 seconds. What a world we live in!

From the look of things, the Chevrolet Corvette will remain the performance bargain champion of the world. Are you happy with how the new Corvette C8 turned out? Let us know by sharing your thoughts in the comments below. 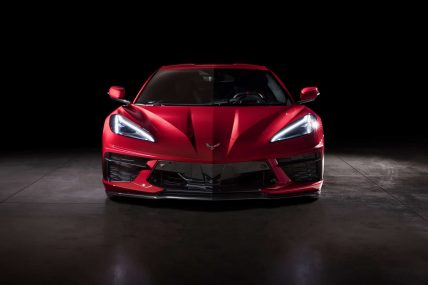 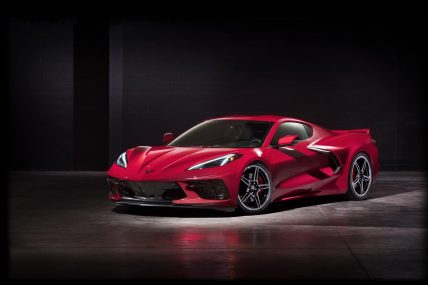 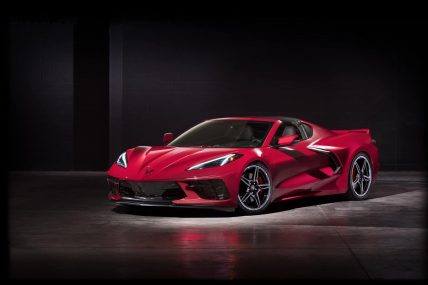 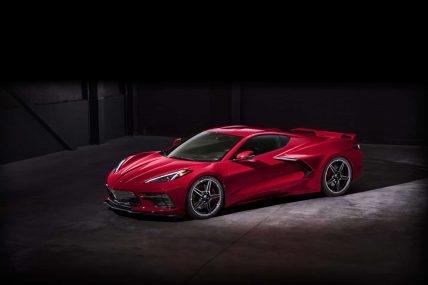 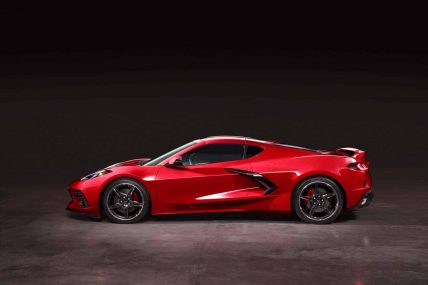 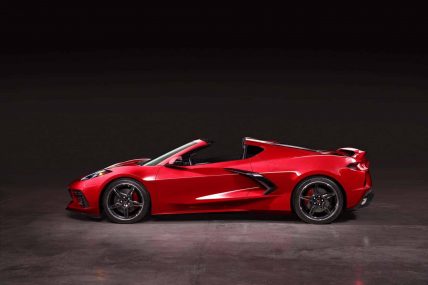 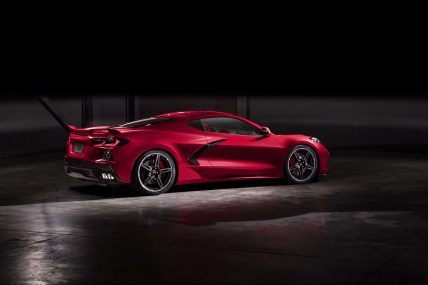 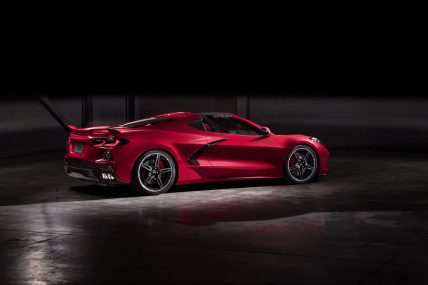 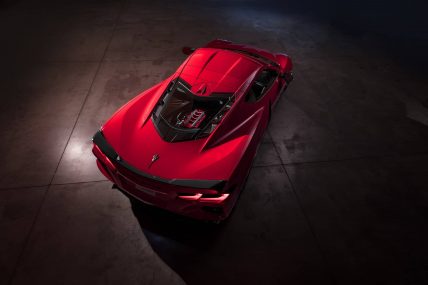 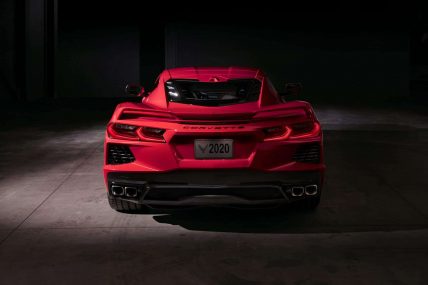 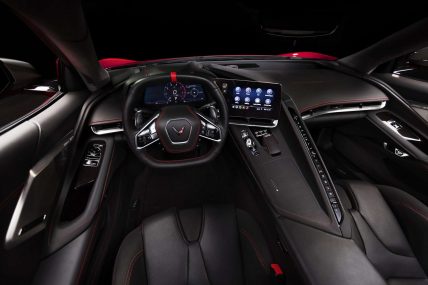 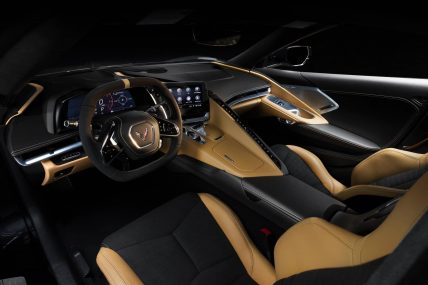 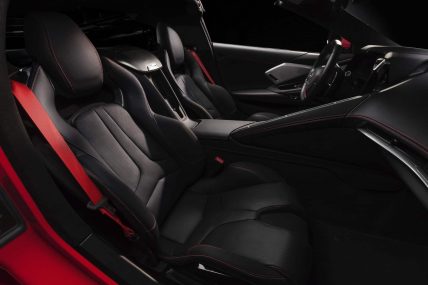 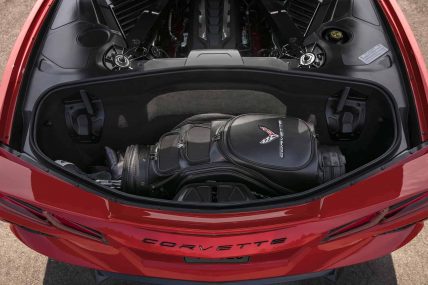