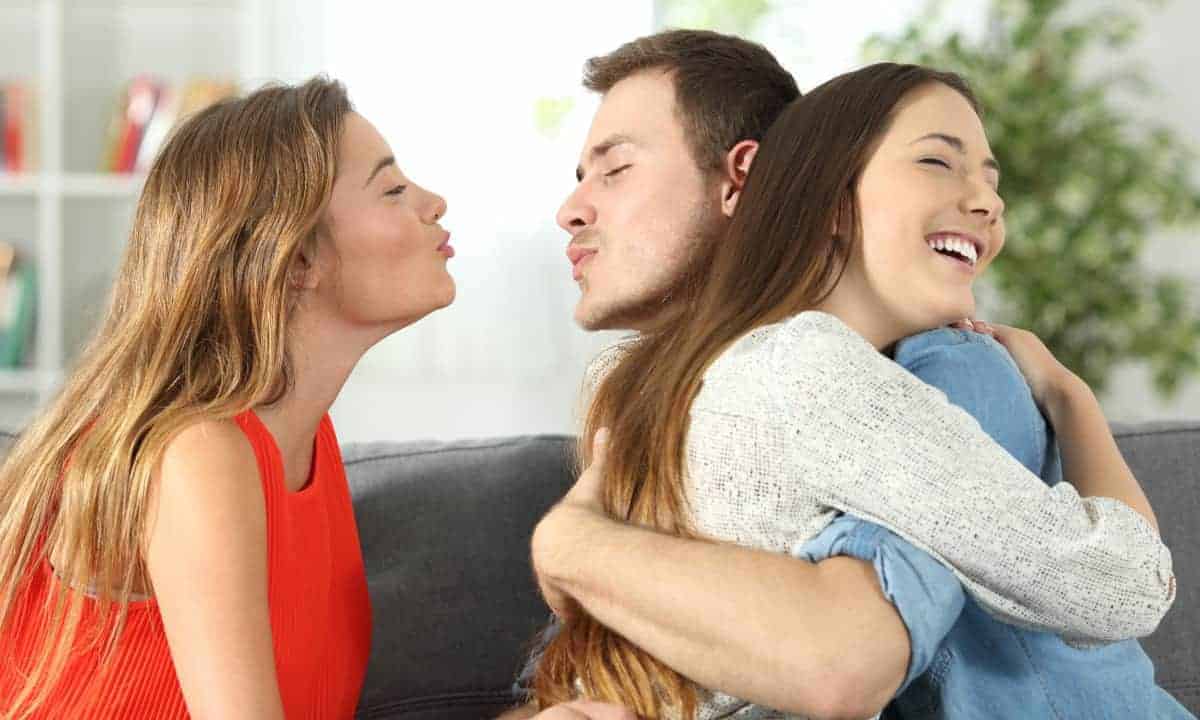 Intelligent men have more opportunities to cheat in their relationships, but it doesn’t mean they have to.

Claiming that intelligent men are more likely to cheat than less intelligent men is bound to arouse some controversy, but there is truth to it. I highlight some points supporting the claim so that you can decide for yourself whether or not it is factual.

But before we begin, I want to point out that in no way am I trying to bash or undermine men of lower intelligence, nor am I saying that all intelligent men cheat. Let’s approach this discussion with maturity and an open mind.

It’s a common belief that men cheat because they have a tough time suppressing their ego, but an out-of-control ego is just one piece of a much bigger puzzle. There are a number of complicated factors at play, including Briffault’s Law.

Briffault’s Law maintains that it’s the female of every mammalian species, not the male, who determines when and with whom to have sex. In other words, when it comes to sex, women hold the reins, and they exercise this power at a very instinctively.

Intelligent men are desired by women for a number of reasons. First, men of high intelligence are more likely to attain higher status and accumulate more resources than less intelligent individuals in today’s socioeconomic environment. And, as far as I know, it’s part of the evolutionary history of women to prefer men of higher status and influence for mates.

Finally, there is a correlation between general intelligence and height, with more intelligent men being taller than less intelligent men. Women prefer taller men for mates because height confers a sense of security, which also stems from our evolutionary history.

Their higher sexual marketplace value attracts women to them en masse, leaving them spoiled for choice and more exposed to temptation. And a great deal of tall, handsome, smart and affluent men gladly succumb to this temptation, thinking they can have their cake and eat it too, including having as many relationships as they see fit.

I am not aware of any research that examines the effect of general intelligence on the probability of having affairs, but if we were to sorely rely on the points I highlighted, then the laws of large numbers would suggest that more intelligent men are more likely to cheat than less intelligent men.

Don’t Cheat In Your Relationship, Communicate!

It’s no secret that there is a high concentration of intelligent men in the Too Manly community, so what should we make of all of this?

What is considered cheating in a relationship, anyways? The line between innocent, playful flirtation and downright betrayal can be blurry, but in its simplest definition, infidelity is the use of deception and secrecy to break an agreement between all involved parties. It can arise from emotional cheating, physical cheating, or both.

In the ideal world, unless there has been an explicit agreement stipulating that no one in the relationship will date or have sex with others, there is no commitment and no exclusive relationship, meaning you are free to do as you please with whomever you want. Unfortunately, we don’t live in an ideal world.

What often happens is a couple spends a lot of time together and then either of them starts to believe there is a “monogamous relationship” simply based on the length of time spent together. When cheating does occur, the “betrayed person” feels the other person should have told them they were seeing others, while the “cheater” feels innocent since an exclusive or “monogamous” relation was never discussed.

Whether or not the exclusivity of the relationship is assumed or explicitly stated, as an intelligent man, you must realize the pain and suffering cheating (perceived or otherwise) can have on not only your partner, but also on your own well-being. All intimate relationships should be approached with deliberate care, with the intention of making it prime for everyone involved.

Open and honest communication is important. To help prevent any heartache, be clear with what you’re looking for in the relationship so that there is no confusion. This means no word games, no lying by omission, no threats, and no manipulation.

If you feel unsatisfied in your relationship or with your partner, rather than do something you might regret (i.e. cheat), acknowledge that there is a problem and don’t be ashamed to have a talk about it to find possible solutions. It’s unwise and imprudent to automatically assume the relationship is doomed.

Don’t be a lazy man who doesn’t make an effort, and definitely don’t be that guy who cheats. You might be pleasantly surprised at many ways you can reignite the passion when you try to make your strained relationship work.

Do you agree with the assessment that intelligent men are more likely to cheat than dumb men? Do you have anything to add? Share your thoughts in the comments, and make sure to subscribe to Too Manly for even more interesting Man Facts.

100 Excellent Questions To Ask Your Girlfriend