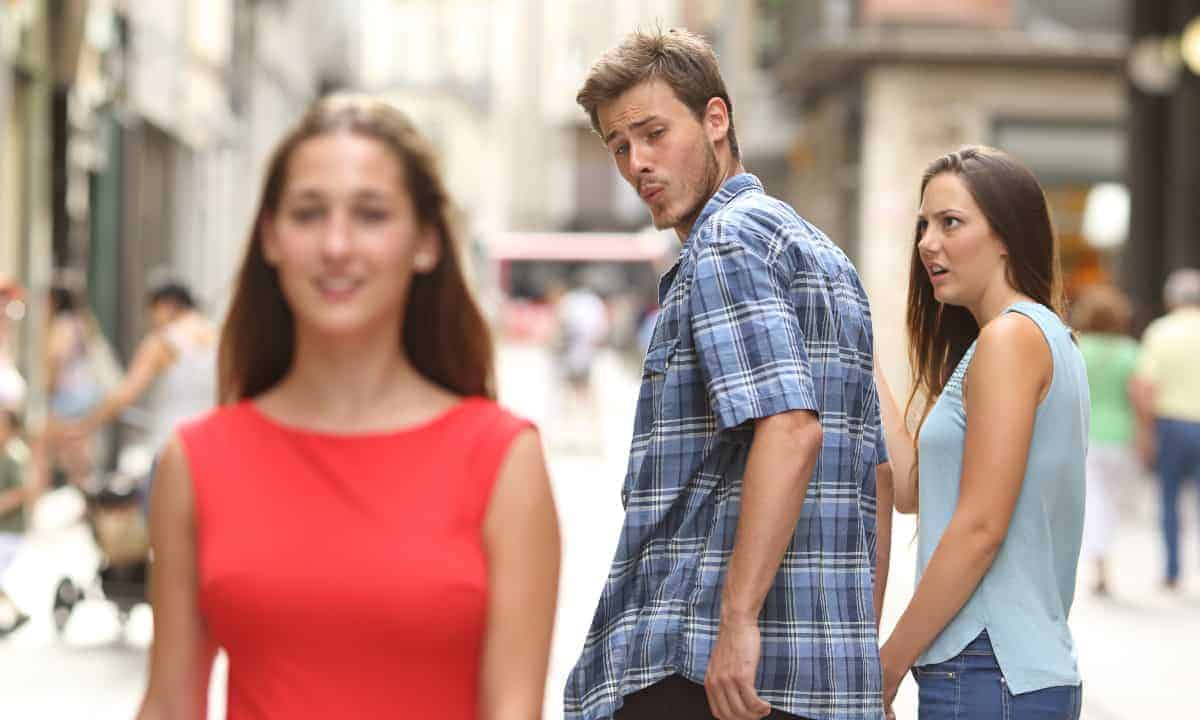 Sex is a powerful motivational and creative force in life, controlling much of what we do, how we act, and the choices we make

Guys like looking at women — who would have thought?

The average man spends around a year of his life looking at other women, a British survey found. More specifically, he spends almost 43 minutes a day staring at 10 different women.

This adds up to 259 hours — almost 11 days per year — for a grand total of 11 months and 11 days between the ages of 18 and 50. The supermarket was the top location for the most ogling, followed by a bar / pub and nightclub.

“Men are renowned for looking at women but it’s interesting to find out exactly how long they spend eyeing girls up. A year of their life is a long time to spend with their eyes fixed on the opposite sex.”

Assessing a women for her youth, vitality and fertility has been central to the evolution of the males species, so there should be nothing inherently wrong with a man looking at a woman. However, it’s easy to see how it could be a problem if said man is already in a relationship with another woman.

A third of the men surveyed ended up arguing with their partner over their wandering eyes, with 10 percent even splitting up with a partner because of it. On a brighter note, 35 percent of the guys said they started a relationship with someone they eyed-up.

“A beautiful girl can make you dizzy, like you been drinking jack and coke all morning. She can make you feel high, for the single greatest comodity known to man — promise.” – J. D. Salinger

It shouldn’t come as a surprise that the study also found that men spend half the time gazing at other guys. After all, whether or not we show it, we are competitive with each other and need to prove to ourselves at an instinctual level that we are a more desirable mate than Joe Schmo.

The long standing joke about men comparing penis size is obvious, but we also look at arm size, neck size, shoulder width, height, weight, and degree of mobility to determine the probability of being able to take down a competitor in a physical fight. Men are a lot like women that way, don’t you think?

I am especially notorious for ogling other men when there is something particular I want to buy (shoos, shirt, pair of sunglasses, etc.), mainly to gauge how the item of interest might look on me. Some of these guys might think I’m gay, but who cares?

Finally, the survey found that over a third of men would miss being able to admire the opposite sex if they couldn’t see, while another 71 per cent would miss their partner’s face.

I can’t stress enough how much time we waste on looking at women. I mean, just think about what you can do and accomplish within a year…

You can complete an educational program that improves your career prospects. I know people who have started and grown an online business to a sustainable level, as well as many others who have traveled the world. You can even develop some lief-changing disciplines like a strict diet protocol and workout routine that’ll keep you out of the hospital.

A lot of wonderful, live-changing things can happen in 12 months, and you’re here squandering it on looking at women? Live is too short to fool around, so get with the program. Now is the time set a vision for what you want from a fulfilling life and the time to work towards that vision as if your life depended on it. After all, you are Too Manly.

Where do you fall in this picture? Do you agree with the results of the study, and do you think it’s a problem for men to look at women? Share your thoughts in the comments below.

In this article:Dating, Top News