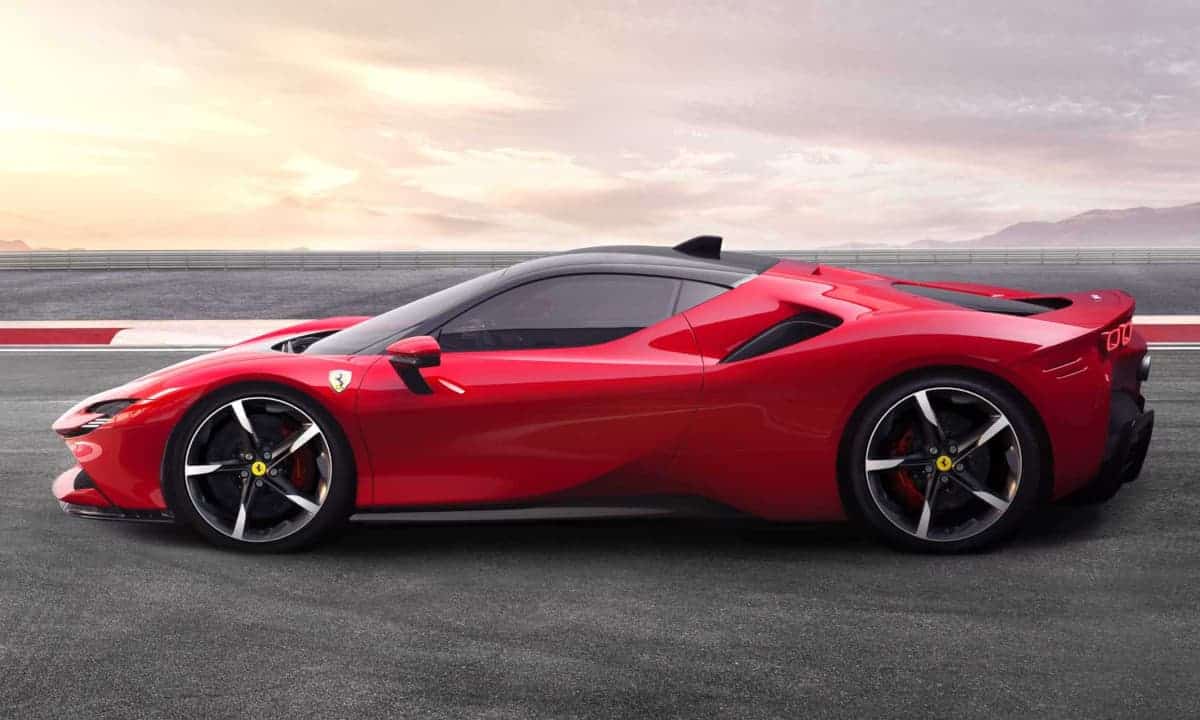 It’s the first-ever plug-in hybrid Ferrari and also the most powerful Ferrari ever.

The Ferrari SF90 Stradale has arrived, and it represents a number of firsts for the Italian supercar maker.

For starters, the SF90 Stradale utilizes the first plug-in hybrid drivetrain developed by Ferrari, one consisting of a twin-turbocharged V8 and three electric motors. The 3,990cc V8 produces 770 horsepower on its own and is an updated design featuring new intake and exhaust systems, electronically controlled waste gates and a 350-bar GDI system.

The electric motors, on the other hand, produce a combined 216 horsepower and supplement the internal combustion engine. Similar to the F1-style KERS system used in the LaFerrari, one of the motors is situated between the engine and an all-new eight-speed dual clutch gearbox, while the other two are located on front axle. They can operate independently and allow for a torque vectoring system that automatically sends more torque to the outside wheel to improve cornering and handling.

In all, the setup gives the SF90 Stradale a total of 986 horsepower and 590 lb-ft of torque to work with, making it the most powerful road-going Ferrari in history. And thanks to a 7.9 kWh lithium-ion battery, drivers can travel about 15 miles (24 km) on electric power alone.

The SF90 Stradale is also the first two-seat Ferrari sports car to use all-wheel drive, which Ferrari says was necessary to optimally harness the car’s tremendous power. The AWD system improves traction and helps the car accelerate from 0 to 60 mph (96 km/h) in less than 2.5 seconds.

Interestingly, its eight-speed dual-clutch gearbox doesn’t have a reverse gear. The reverse function is provided exclusively by the electric motors.

The interior design is new but characteristically Ferrari, featuring a clean yet high-tech layout with a 16-inch curved digital gauge display and a steering wheel that incorporates a touchpad and haptic buttons. And as a throwback to past Ferraris, the automatic gearbox’s controls are housed in a surround that looks like the gates of a manual shifter,

A hotter version of the Ferrari SF90 Stradale known as the Assetto Fiorano will be available at launch. The Assetto Fiorano weighs 66 pounds less than the standard car, benefiting from a number of performance upgrades that include carbon fiber door and underbody panels, Multimatic shock absorbers, a higher-downforce rear spoiler, Michelin Pilot Sport Cup2, titanium springs, and full exhaust system.

Are you excited for the Ferrari SF90 Stradale, and do you want one? Share your thoughts in the comments below. 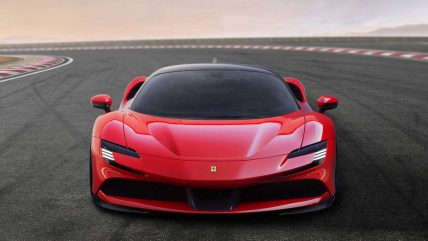 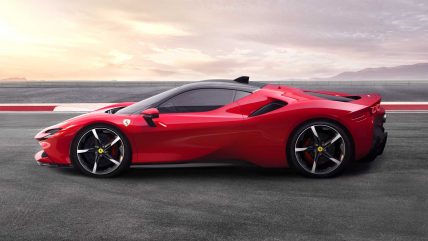 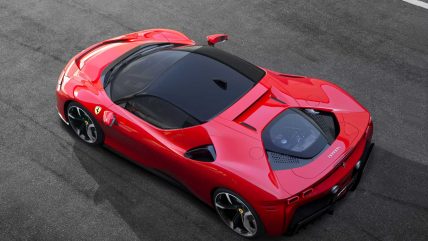 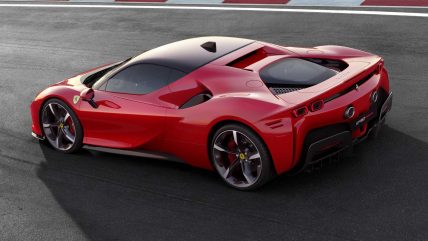 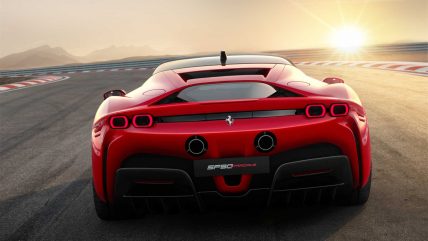 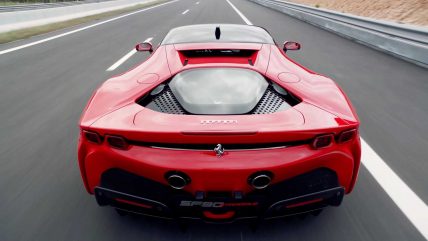 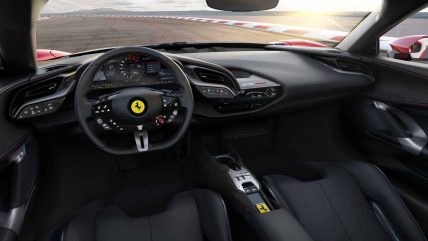 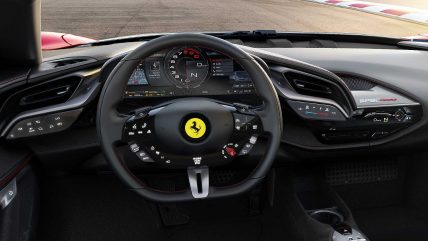 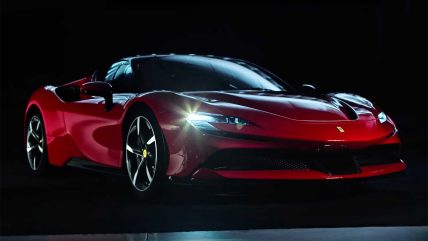 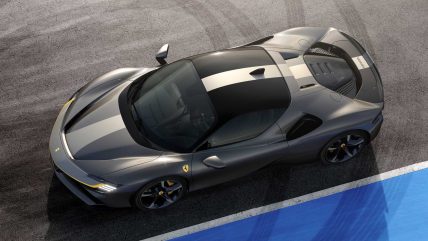