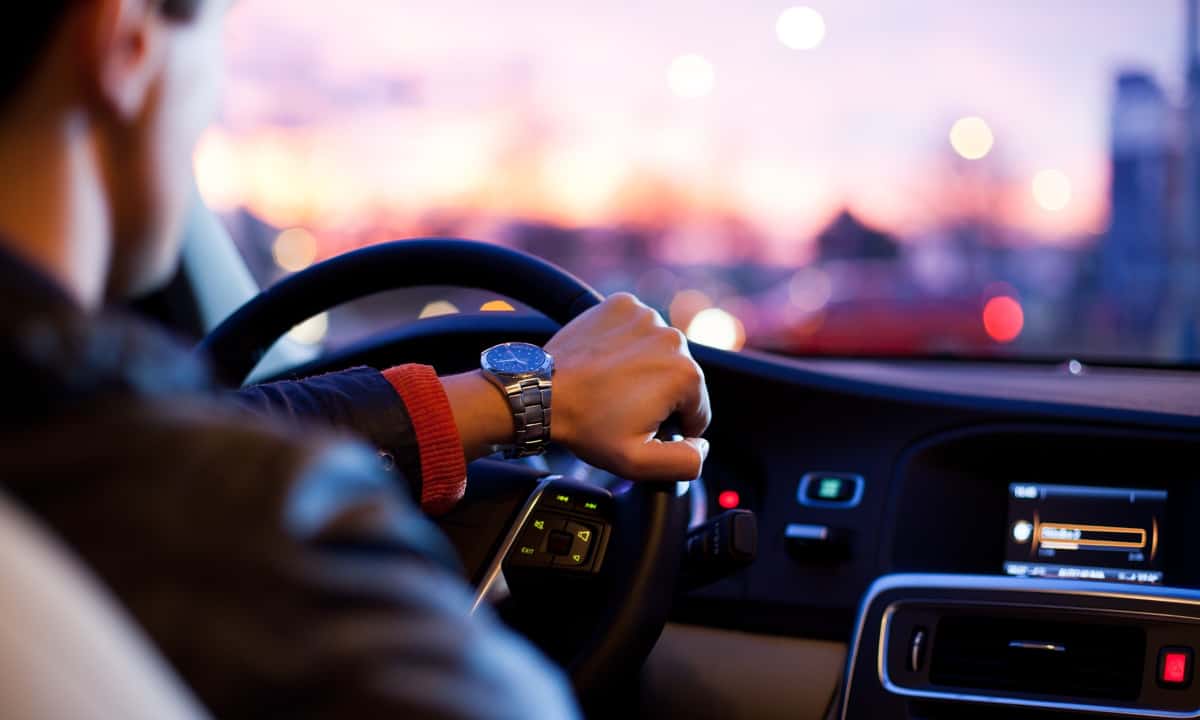 Driving quotes that celebrate man’s love of cars and driving.

I don’t know about you, but whenever I see a couple or family in a car, it’s usually the man who’s doing the driving. Indeed, most of today’s popular driving quotes spring from man’s fascination with cars and his need to drive.

While we can probably think of a million reasons why guys have to drive, this peculiar male predilection can be largely attributed to the fact that driving allows us to assert our masculinity, for better or for worse. Cars give a man’s primal urges a 4,000-pound steel sword to wield.

Not only is driving the source of livelihood for millions of people all over the world — taxi drivers, bus conductors, truck drivers, etc. — but the freedom and liberation it entails is why buying our first car continues to be a rite of passage to becoming a man.

Whether you enjoy driving as a disconnection or merely to get from point A to point B, it’s hard to deny the liberating feeling of putting the pedal to the metal on the open road.

We have collected a mix bag of wise, inspirational, and downright funny driving quotes, driving sayings, and driving proverbs that prove that driving is not simply an activity of getting from point A to point B. You can view them as a metaphor for our life journey.

The one thing that unites all human beings, regardless of age, gender, religion, economic status, or ethnic background, is that, deep down inside, we all believe that we are above-average drivers.
– Dave Barry

It is good to have an end to journey towards, but it is the journey that matters in the end.
– Ursula K. Leguin

For a driver to be driven by somebody else is an ordeal, for there are only three types of drivers: the too fast, the timid and oneself.
– Virginia Graham

Patience is something you admire in the driver behind you and scorn in the one ahead.
– Mac McCleary

The car has become an article of dress without which we feel uncertain, unclad, and incomplete in the urban compound.’
– Marshall McLuhan

I was lonely driving here tonight so I hugged the road.
– Jay London

There is no situation like the open road, and seeing things completely afresh.
– James Salter

The success of your journey and your destination all depend on who’s driving.”
– Bruce Springsteen

Just because you’re in the driver’s seat, doesn’t mean you have to run people over.
– Randy Pausch

The best car safety device is a rear-view mirror with a cop in it.
– Dudley Moore

I’ve been on every interstate highway in the lower forty-eight states by now, and I never get tired of the view.
– Steve Earle

Recklessness is a species of crime and should be so regarded on our streets and highways.
– Marlen E. Pew

Your car should drive itself. It’s amazing to me that we let humans drive cars… It’s a bug that cars were invented before computers.
– Eric Schmidt

You just have to keep driving down the road. It’s going to bend and curve and you’ll speed up and slow down, but the road keeps going.
– Ellen DeGeneres

On the other hand, the Bible contains much that is relevant today, like Noah taking 40 days to find a place to park.
– Curtis McDougall

Looking good in Italy is even more important than looking where you’re going.
– Jeremy Clarkson

I don’t think I’m bad for people. If I did think I was bad for people, I would go back to driving a truck, and I really mean this.
– Elvis Presley

If all the cars in the United States were placed end to end, it would probably be Labor Day Weekend.
– Doug Larson

My dad was a truck driver, and from the time I was knee high to a grapevine, I was driving a truck.
– Johnny Van Zant

If the road is not patchy, rough and on a hilly terrain, then the journey is not often worth undertaking as all destinations are already enough crowded.
– Anuj Somany

The elderly don’t drive that badly; they’re just the only ones with time to do the speed limit.
– Jason Love

As a driver, your target is always to be with the most competitive team possible.
– Sebastian Vettel

Your grandchildren will likely find it incredible, or even sinful, that you burned up a gallon of gasoline to fetch a pack of cigarettes!
– Dr. Paul MacCready Jr.

Everything you need to get that relaxed driving that brings consistency only comes with practice.
– John Surtees

Sleepin’ in the truck wasn’t so bad. Shoot, I kind of liked that, myself.
– Chris Ledoux

Eighty percent of the people of Britain want more money spent on public transport — in order that other people will travel on the buses so that there is more room for them to drive their cars.
– John Selwyn Gummer

We at BMW do not build cars as consumer objects, just to drive from A to B. We build mobile works of art.
– Chris Bangle

There is more credit and satisfaction in being a first-rate truck driver than a tenth-rate executive.
– B. C. Forbes

When buying a used car, punch the buttons on the radio. If all the stations are rock and roll, there’s a good chance the transmission is shot.
– Larry Lujack

A driver is a king on a vinyl bucket-seat throne, changing direction with the turn of a wheel, changing the climate with a flick of the button, changing the music with the switch of a dial.
– Andrew H. Malcolm

Everything in life is somewhere else, and you get there in a car.
– E.B. White

Some beautiful paths can’t be discovered without getting lost.
– Erol Ozan

If an Englishman gets run down by a truck he apologizes to the truck.
– Jackie Mason

The car has become a secular sanctuary for the individual, his shrine to the self, his mobile Walden Pond.
– Edward McDonagh

We are not proving ourselves spiritually worthy of our material progress. We have not been neighborly, courteous, and kind upon the highway. Our lack of decency toward our fellow men is a definite black mark against us.
– Cary T. Grayson

The driver on the highway is safe not when He reads the signs, but when He obeys them.
– Aiden Wilson Tozer

Yes, Officer, I did see the speed limit sign. I just didn’t see you.
– Anonymous

I represent what is left of a vanishing race, and that is the pedestrian….That I am still able to be here, I owe to a keen eye and a nimble pair of legs. But I know they’ll get me someday.
– Will Rogers

Stop worrying about the potholes in the road and enjoy the journey.
– Babs Hoffman

If you don’t know where you are going, any road will get you there.
– Lewis Carroll

Never drive faster than your guardian angel can fly.
– Anonymous

Wherever you are, be all there.
– Jun Elliot

Have any favorite driving quotes or saying that we missed? Share them in the comments below, and check out some of our other inspirational quotes.