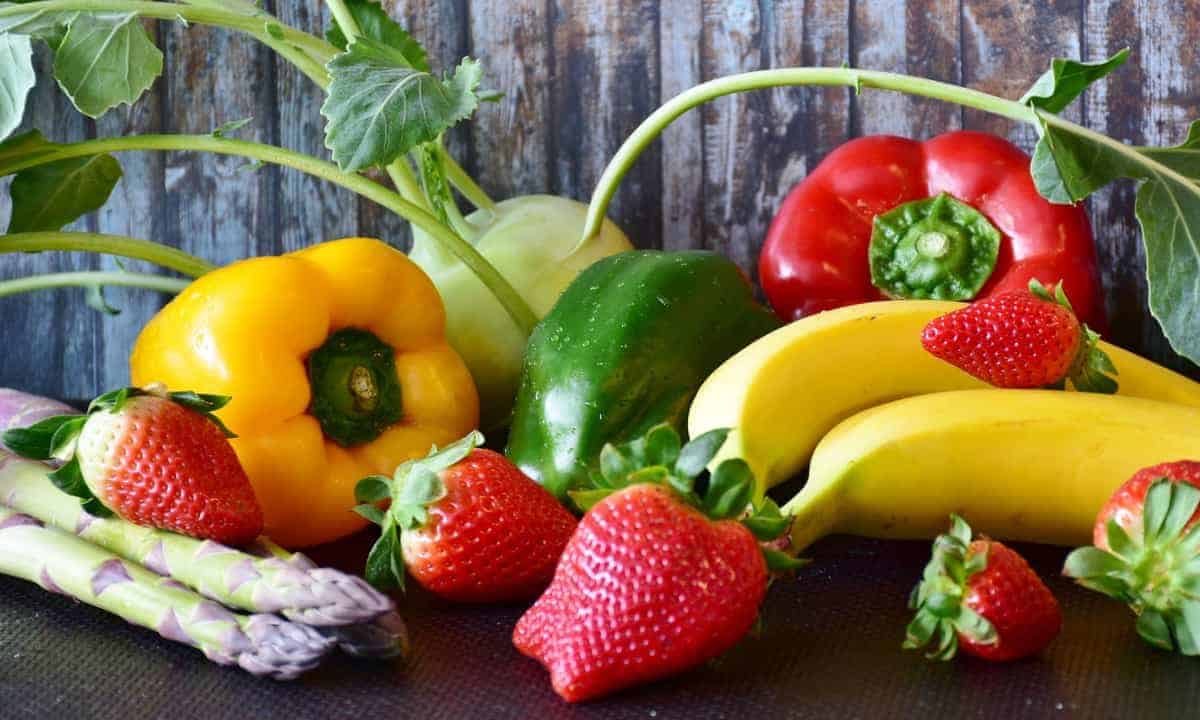 Buying organic fruits and vegetables can take a big chunk out of any man’s budget, so save your money by knowing which ones give you the best bang for your buck!

Once exclusively consumed by hippies and health nuts, organic food is now the new black. Unprecedented market growth for well over a decade has changed the accessibility of organic products as people of all walks of life strive to make healthier food choices like never before. But despite grocery stores now boasting entire aisles packed with everything from organic bananas to all-natural soap, organic food remains expensive and out of reach for many people.

Organic food aren’t produced with synthetic pesticides or chemical fertilizers, making them more difficult to farm on a mas scale and helping explain why they are sold at higher prices than non-organic products. They are also not processed with food additives or irradiation, and this supposedly makes them more nutritious. But are the higher prices commanded by these theoretically safer products really worth it?

According to a study by researchers at Stanford University, not only are organic foods not necessarily more nutritional than their non-organic counterparts, but they are also not less susceptible to contamination. The study noted:

The review yielded scant evidence that conventional foods posed greater health risks than organic products. While researchers found that organic produce had a 30 percent lower risk of pesticide contamination than conventional fruits and vegetables, organic foods are not necessarily 100 percent free of pesticides. What’s more, as the researchers noted, the pesticide levels of all foods generally fell within the allowable safety limits.

Even so, some fruits are more susceptible to contamination than others. Ever heard of the “Dirty Dozen“? If not, it is an annual list developed by the Environmental Working Group (EWG) that highlights the 12 fruits and vegetables with the highest pesticide residues. The list changes from year to year, but it is usually dominated by thin-skinned produce like apples, peaches, and celery.

The dirty dozen are not the focus of this article, but make sure to keep an eye out for them if you’re not buying organic produce already. What we are concerned about are the fruits and vegetables that contain little to no pesticides when compared to their organic counterparts — the “Clean 15”, as the EWG calls them. 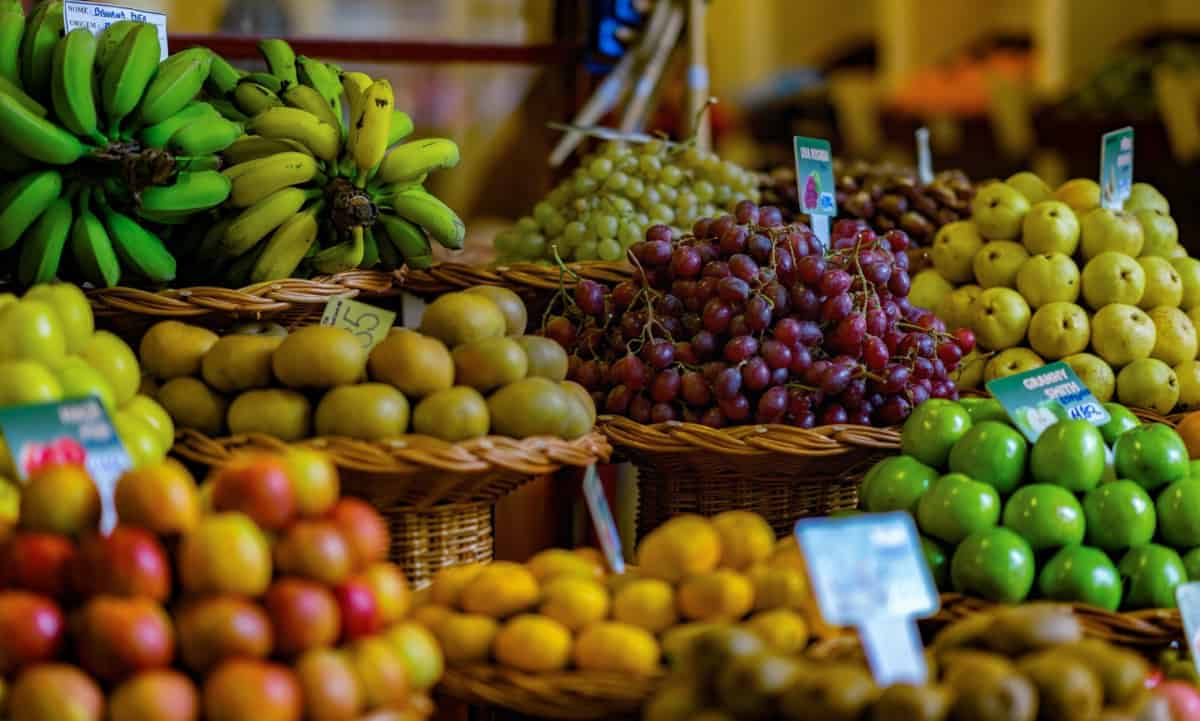 Know which organic fruits and vegetables to prioritize when grocery shopping.

The thick skins on many fruits and vegetables protect them from pesticides. Take bananas for example — it’s the peels that take the blunt of the chemicals, and we obviously don’t eat the peels. There are also a number of products that have their own natural insect-deterrent and, therefore, don’t require pesticides to grow.

So save your money — here are 15 fruits and vegetables where buying organic is expensive overkill, as based on based on USDA testing. 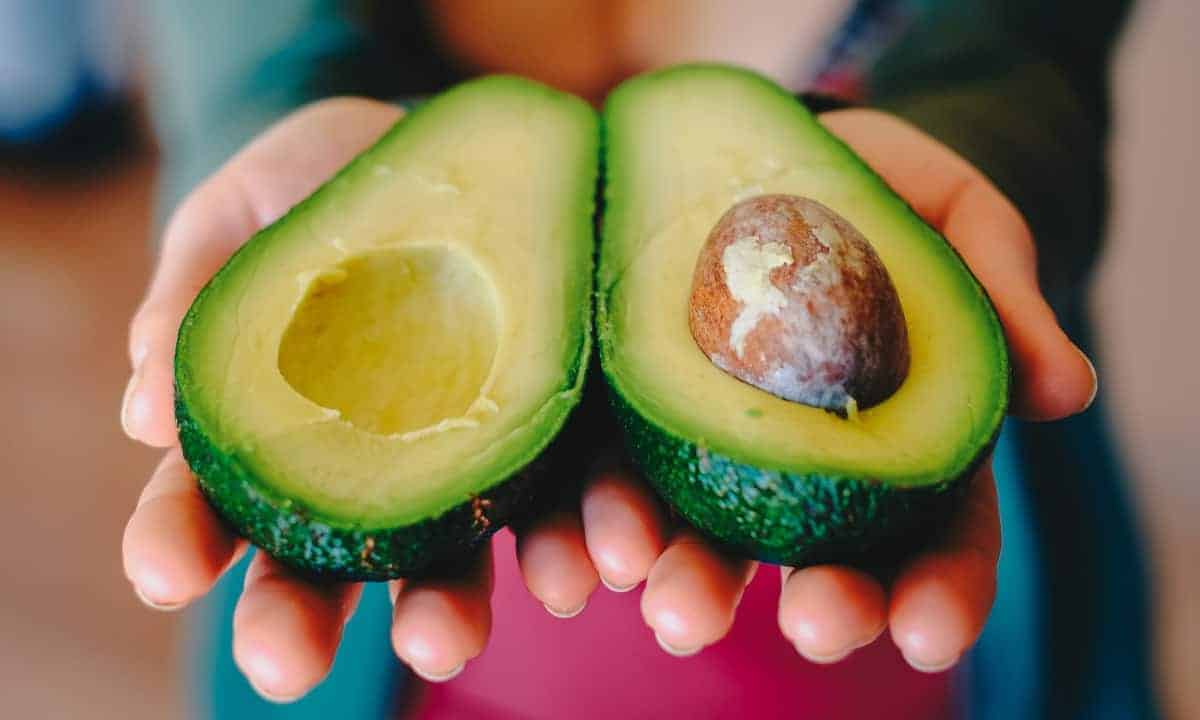 Of all the fruits and vegetables that the USDA tested, avocados were the least pesticide-contaminated. Fewer than 1 percent of the test sample had pesticide residues. The thick skin of avocados provides a strong protective layer against pesticides, which are eliminated when the skin in peeled and thrown away. 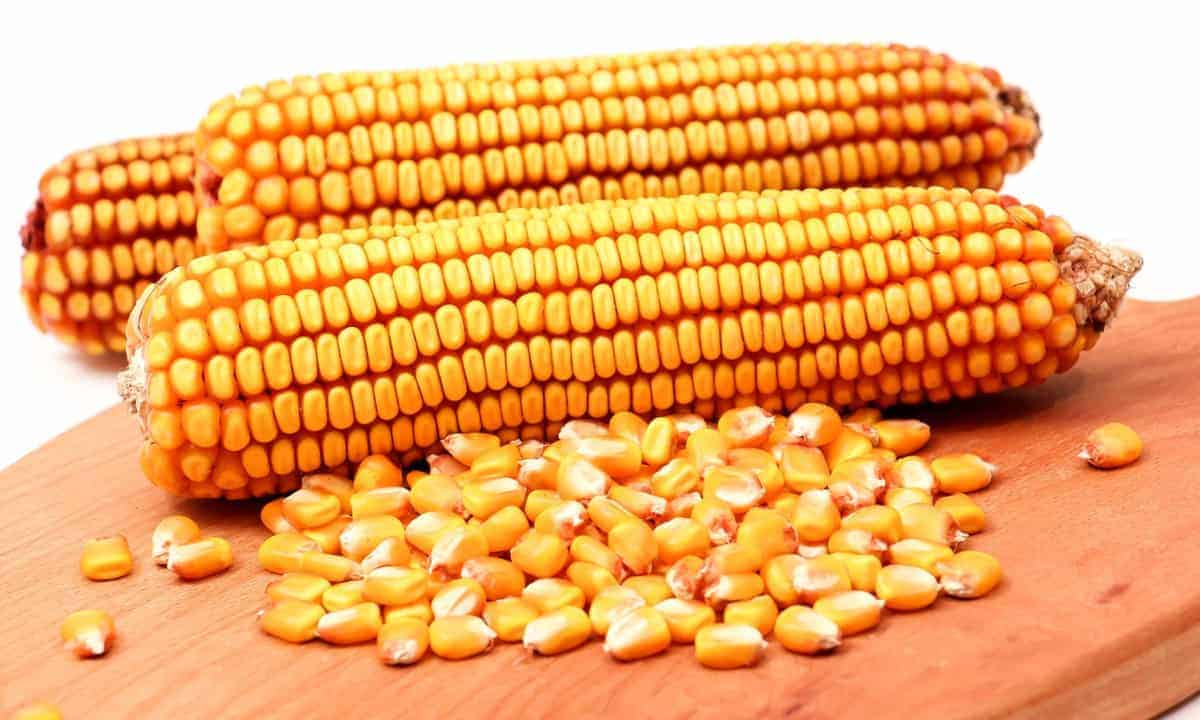 The USDA found that less than 2 percent of sampled sweet corn — including corn on the cob and frozen kernels — had detectable pesticide residues. But it’s worth noting that at least 8% percent of sweet corn and most of the starchy field corn used in processed foods are genetically modified (GM) to resist the controversial pesticide Roundup. If you’re trying to avoid GM foods and Roundup, your best bet is to buy organic corn products. 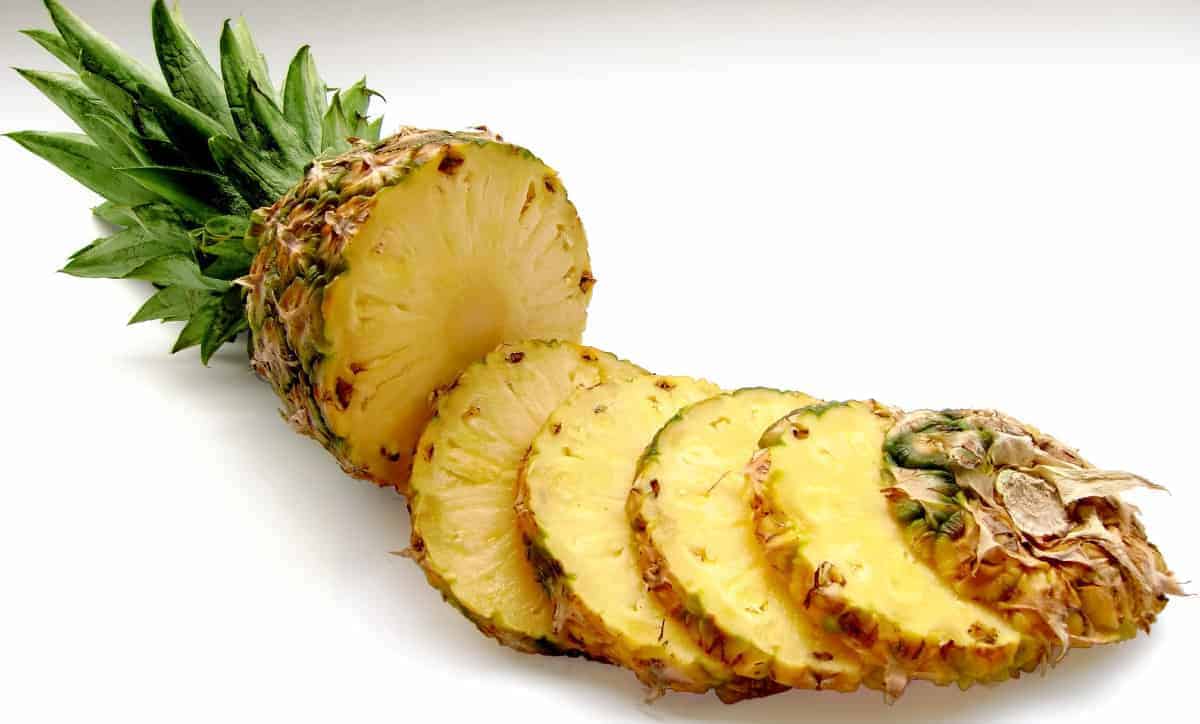 The thick skin of pineapple keeps the sweet fruit safe from pesticides.

The thick skin of Pineapples protect’s the fruit’s flesh from pesticide contamination. However, it’s possible for the pesticides used to grow pineapples to contaminate water supplies and harm fish, so buying organic is the most eco-friendly option. 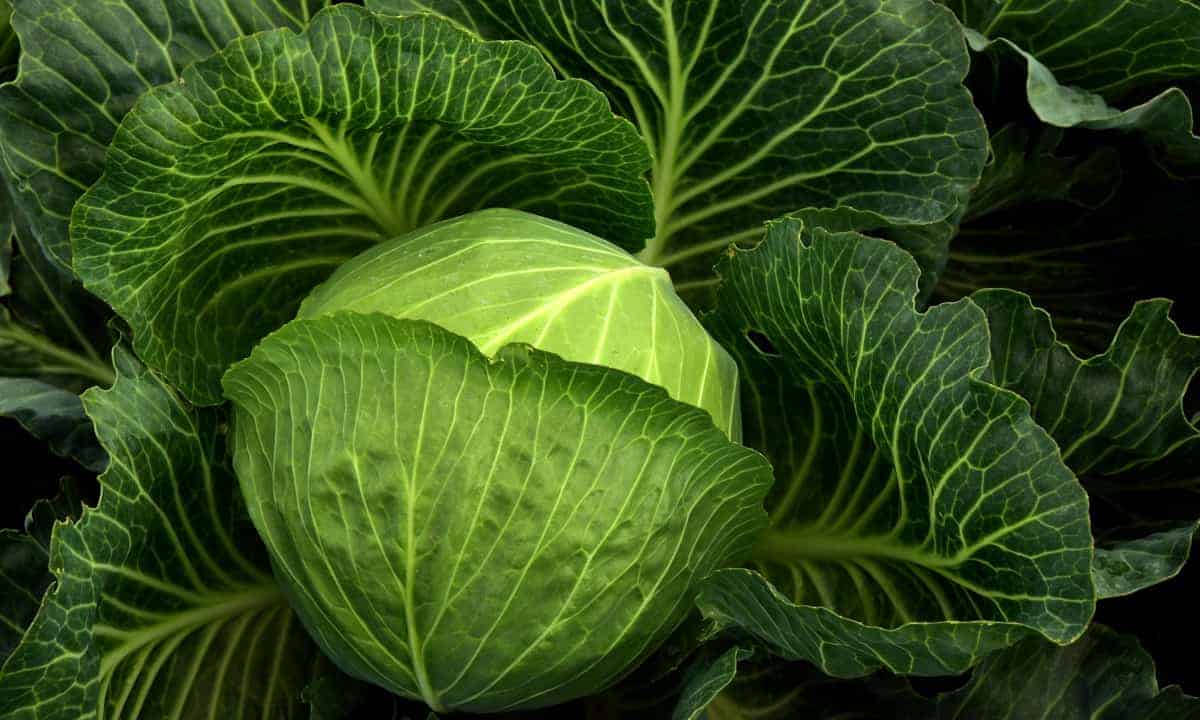 Cabbage produce glucosinolates, compounds that deter harmful insects and may actually help prevent cancer. As a result, this cruciferous vegetable requires little to no spraying of harmful chemicals. 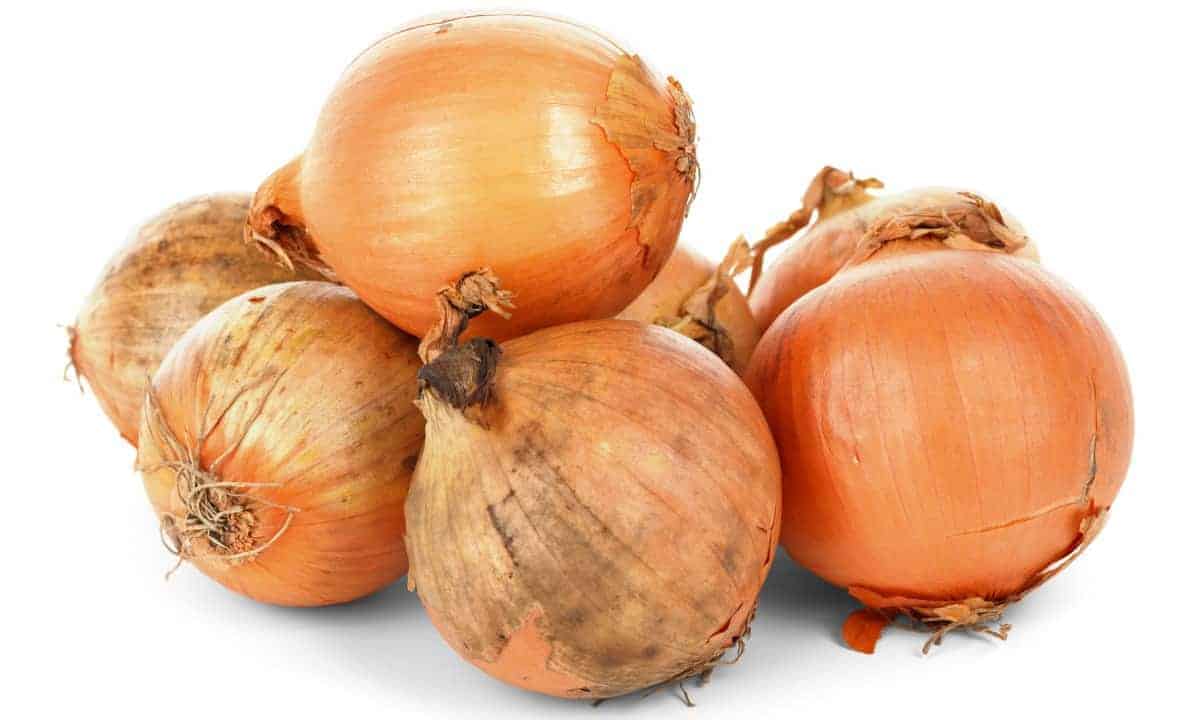 The thick outer layers of onions protects them from pesticide, so removing them is the best way to go. But studies have shown that organic onions have up to 20 percent more flavonols — compounds that have been shown to protect heart health — than conventionally-grown ones, so opting for organic might be the most beneficial for your health. 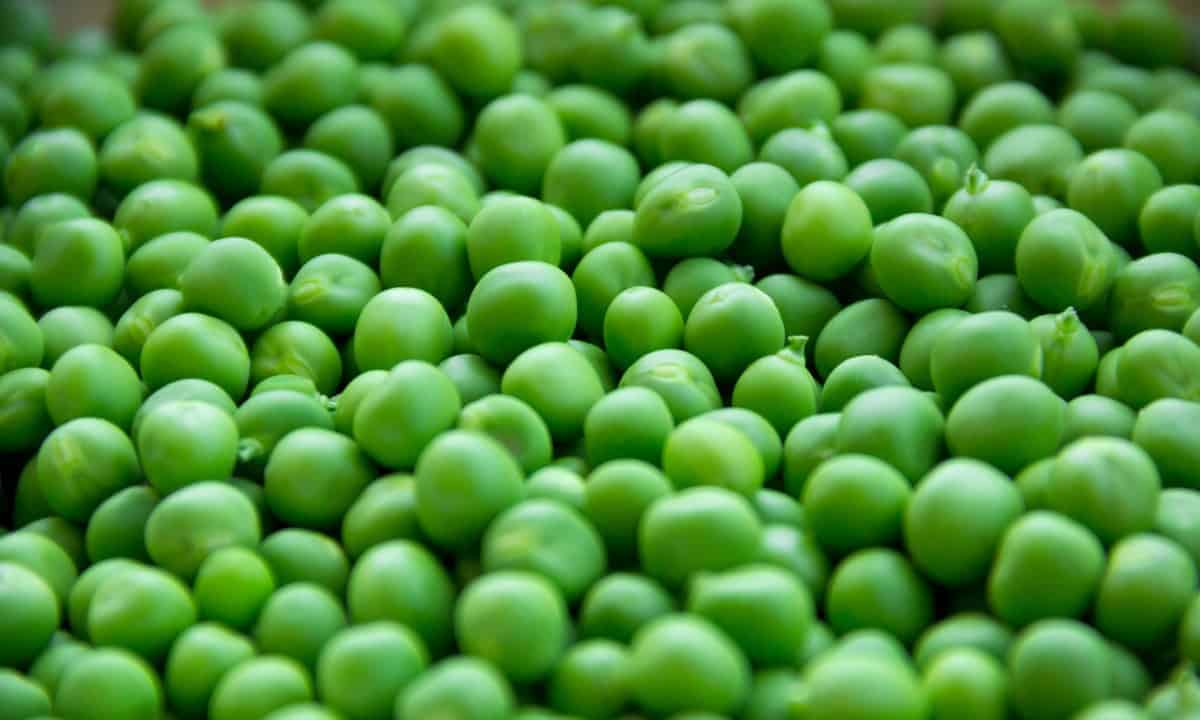 Removing the pod of peas eliminates most of the pesticides. 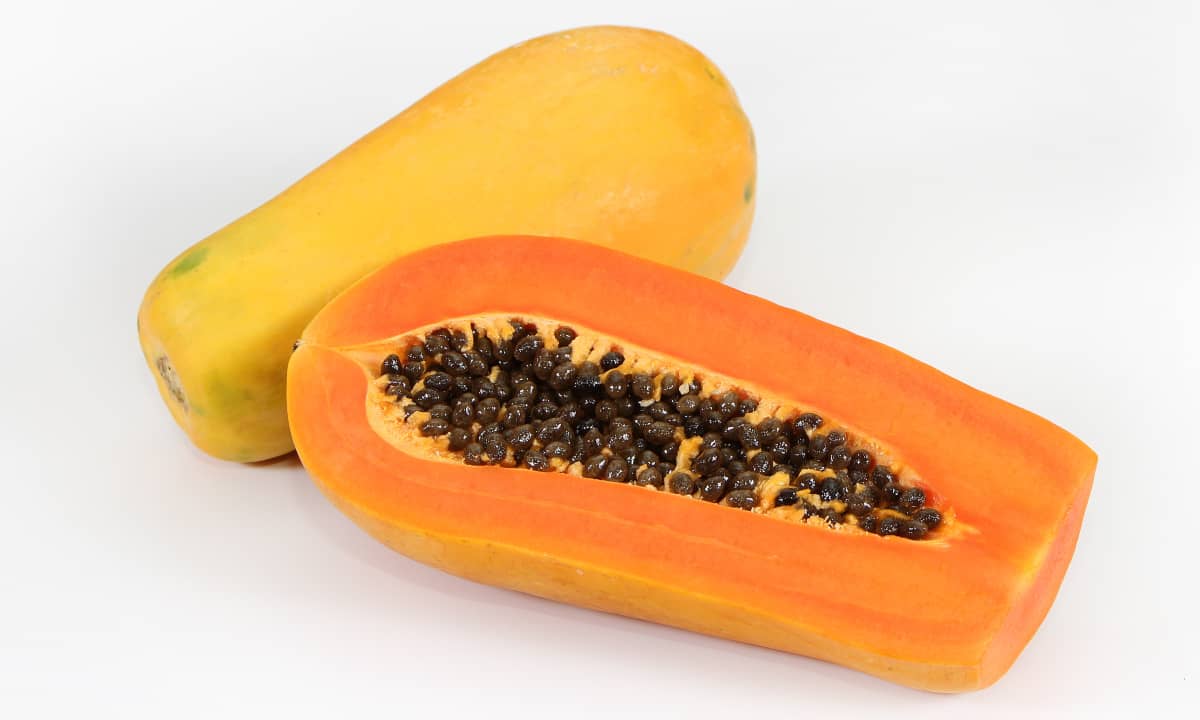 Removing the thick outer skin of a papaya minimizes your risk of pesticide contamination.

Having a thick skin that provides protection from pesticides means the flesh of papayas have no pesticide residues. However, like corn, most papayas are genetically modified, so go organic if that worries you. 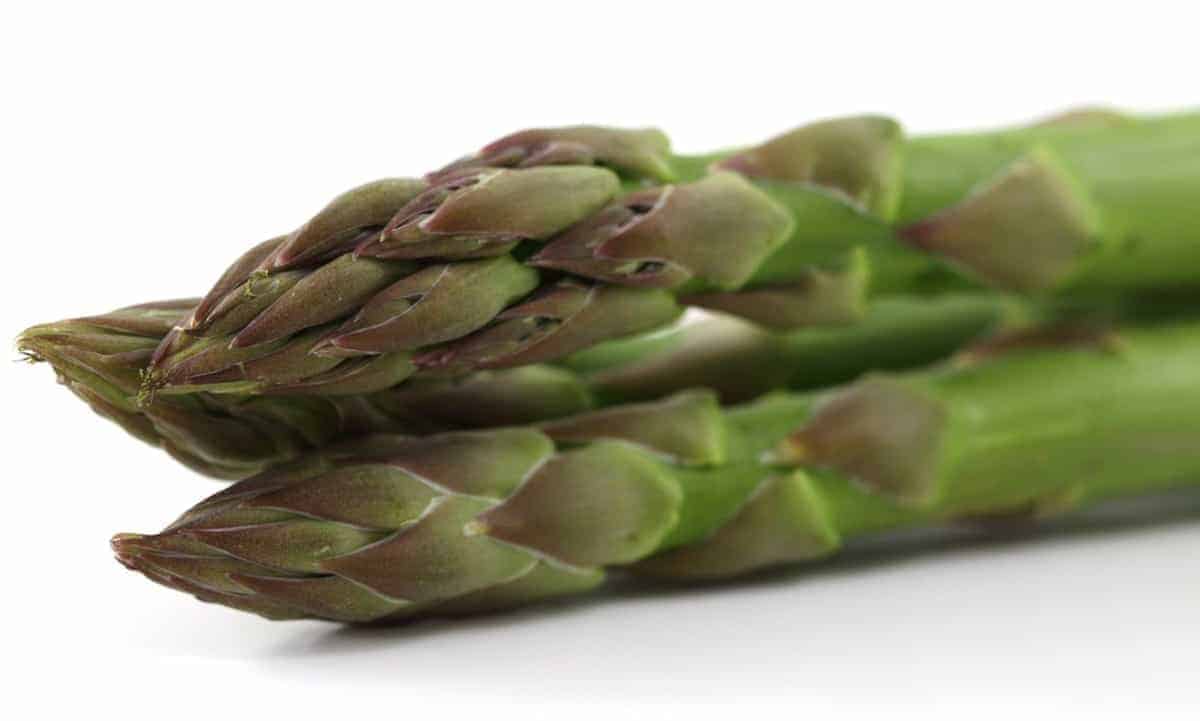 Removing the woody bottom part of the spear and rinsing the edible part under tap water for 15–20 seconds leaves the asparagus you eat with no detectable pesticides. Asparagus also contains an enzyme that may help break down malathion, a pesticide used against certain types of beetles that eat the vegetable. 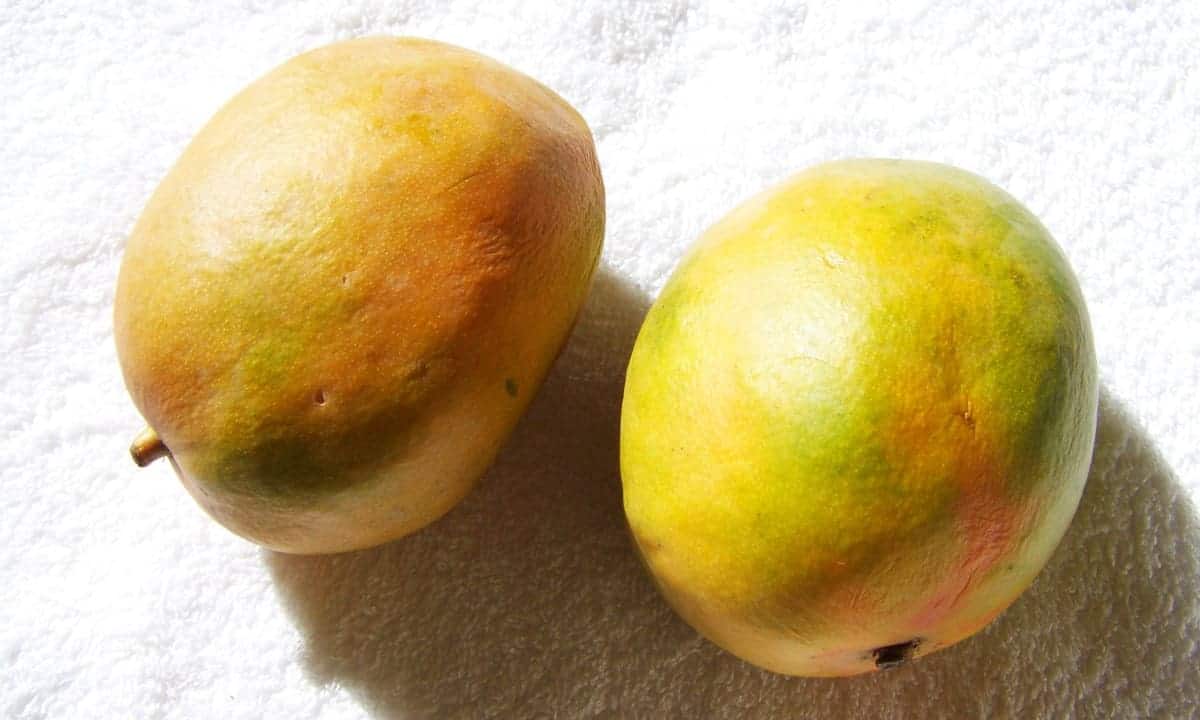 Rinsing your Mango and throwing away the peel reduces the presence of pesticides.

Most mangoes don’t harbor measurable pesticide residues after rinsing them under tap water and draining. Throwing away the peel after rinsing and eating just the succulent flesh virtually eliminates the presence of pesticides. 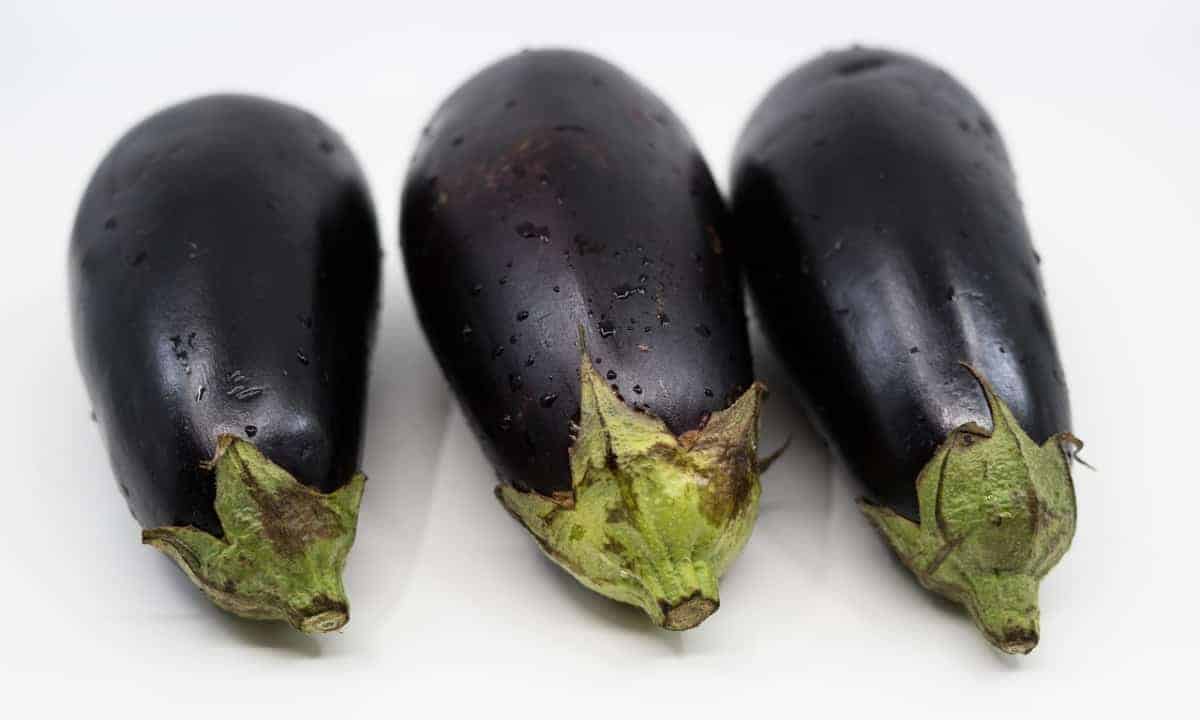 The skin of eggplant is a natural pest deterrent.

Simply rinsing your eggplant with water for 15–20 seconds and then draining removes most, if not all, pesticide residues. Interestingly, eggplants and tomatoes are susceptible to many of the same pests, and both plants are part of the nightshade family. However, tomatoes are part of the EWG’s Dirty Dozen list of most pesticide-contaminated produce, partly due to their thinner skin. 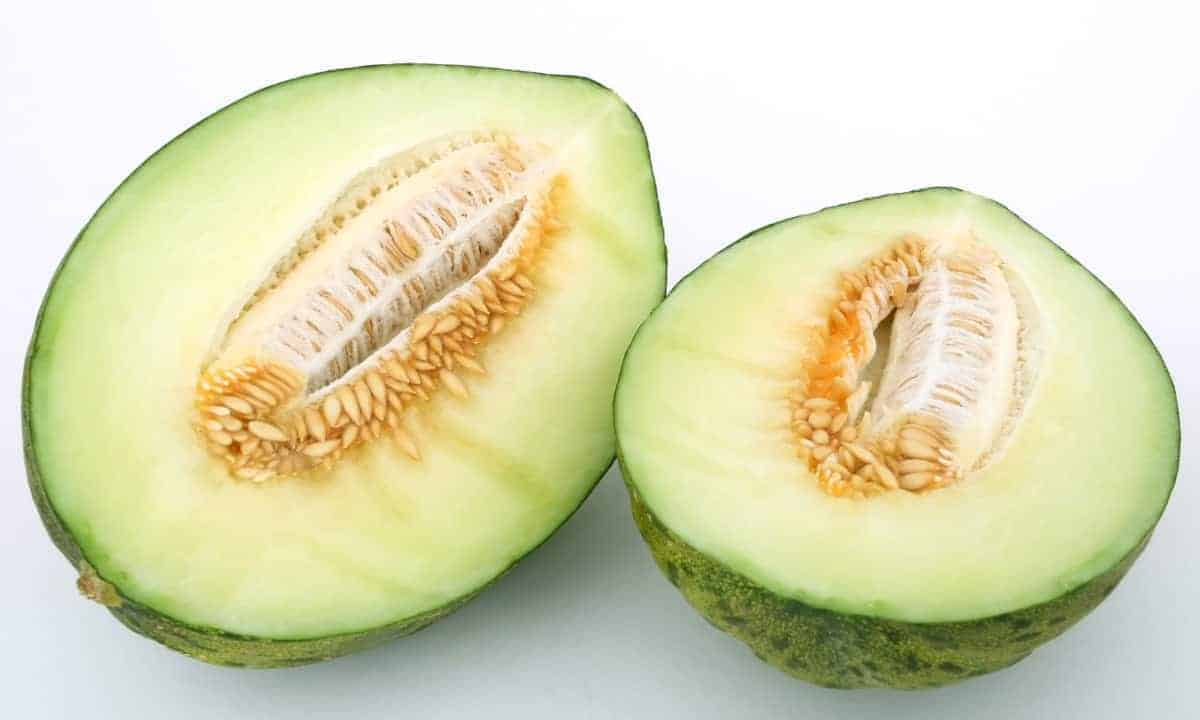 The thick rind of honeydew protects it from chemicals.

As with other melons, the thick rind of honeydew protects its flesh from pesky pesticides. And like every other item on this list, no more than four different kinds of pesticides were detected. 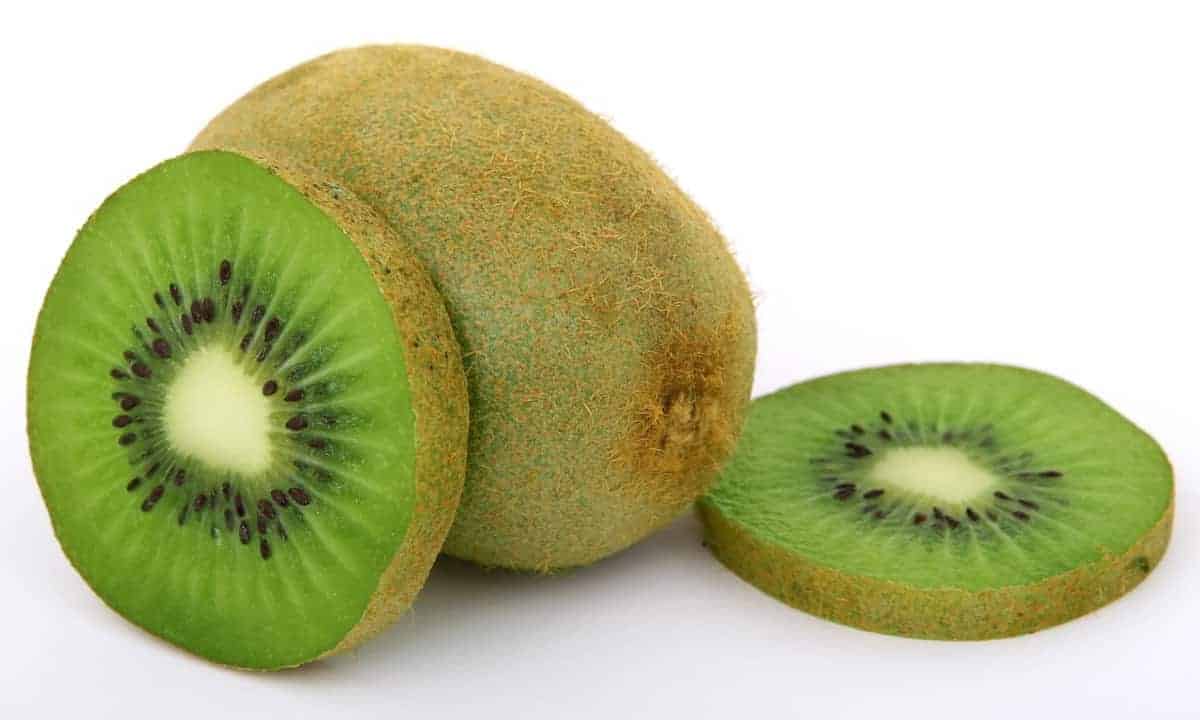 Kiwis have surprisingly little pesticides even with the skin unpeeled.

You might be surprised to find that most kiwis have no measurable amounts of pesticide residues, even with the edible fuzzy skin unpeeled. Just make sure to wash and rinse before eating every part of the fruit. 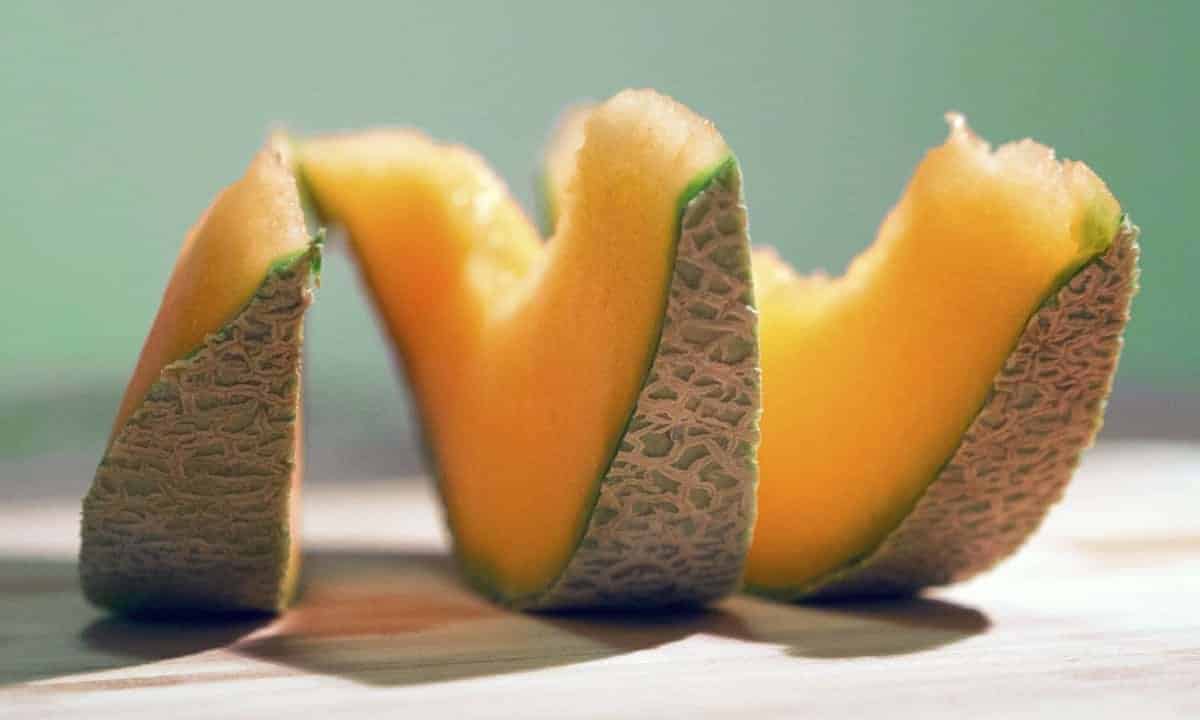 Like honeydew, the cantaloupe’s rind protects it from pesticides.

Like Honeydew, the thick rind of cantaloupe provides some protection against chemicals, but while most cantaloupes have no detectable pesticide residues, harmful bacteria may contaminate the rind and transfer to the flesh when you cut the melon. Make sure to always scrub the melon with a clean produce brush and cool tap water before cutting. 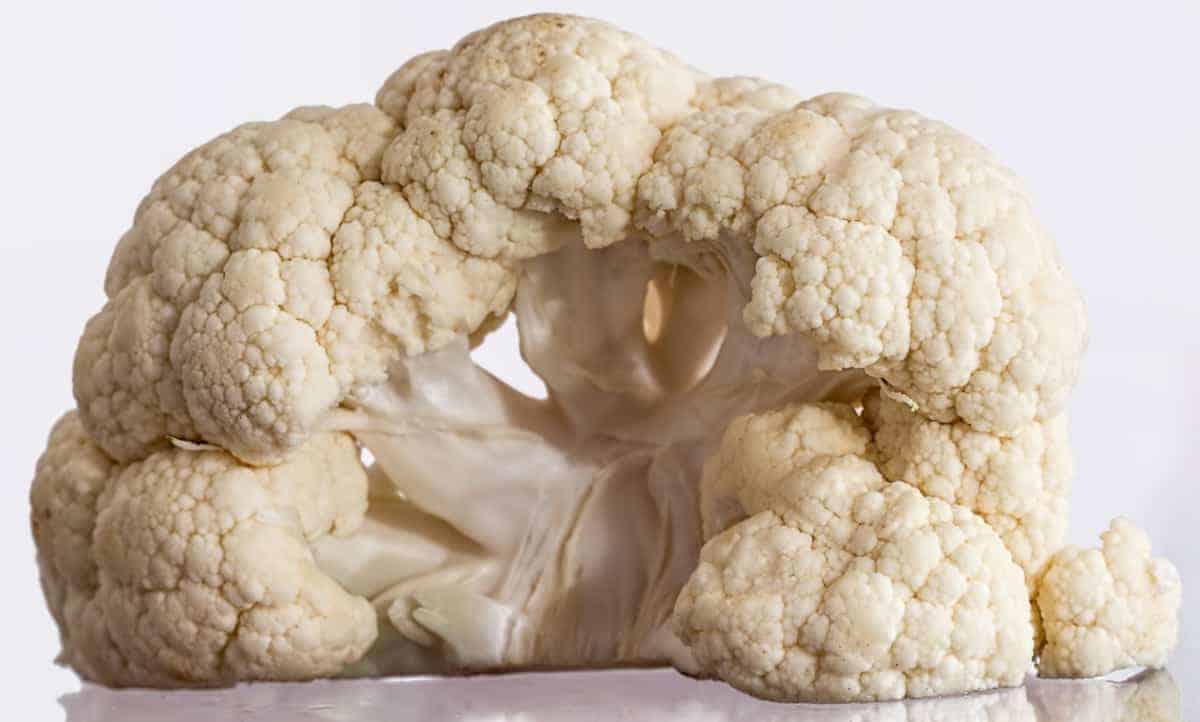 Cauliflower is a superfood, even when it’s not organic.

Cauliflower is considered a superfood and has been linked to positive health benefits. The fact that half of cauliflowers sampled were pesticide-free is just icing on the cake. 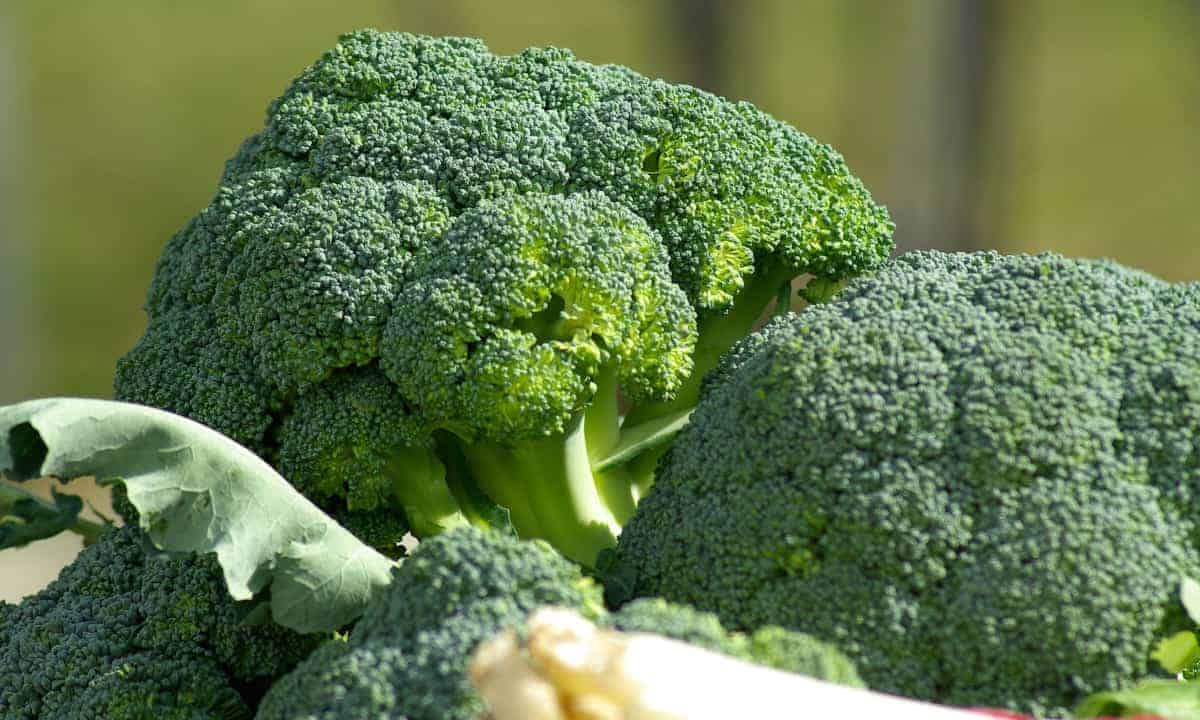 Like cabbage, broccoli contains compounds (glucosinolates) that act a natural insect repellents, therefore requiring little to no spraying of the chemicals. Broccoli has been shown to have anti-cancer properties.

Other Ways To Save Money On Organic Food 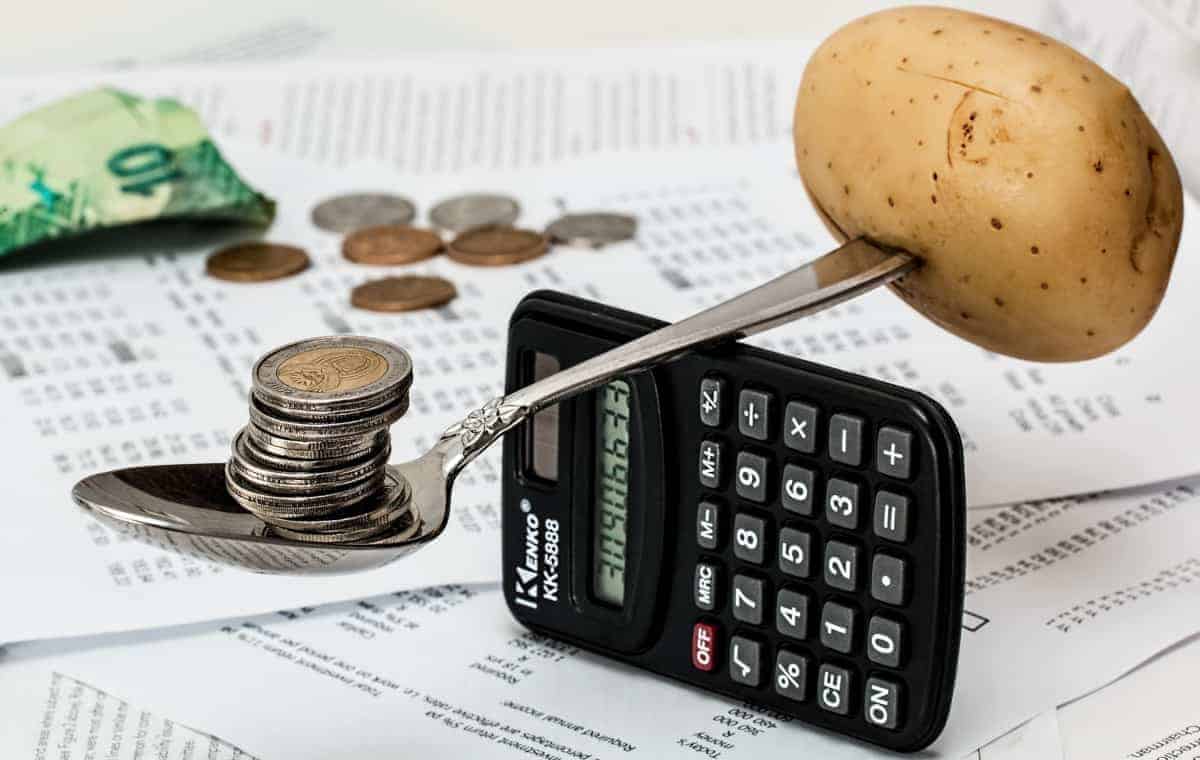 There are many ways to save money on organic food.

In addition to prioritizing your organic food to save money, consider comparison shopping, buying in bulk from big warehouse stores like Costco, and using coupons. And you don’t have to go to a specialty store for organics — try a regular store like Walmart.

A good way to save on organically grown food is to buy them from small stores, such as your local farmers markets and family farms. Not only is this a great way to get fresh organic food for less, but you’ll also be supporting your local community.

Don’t be ashamed to buy generic brands. Kirkland Signature Organics line and Walmart’s ‘Great Value’, for example, can save you 20 percent while delivering the same level of quality as name-brand organics.

Finally, if possible, go natural to save most money. Have you considered growing your own fruits and vegetables? Buying the necessary seeds and doing the farming work yourself can be surprisingly very inexpensive and even therapeutic.

Kwame Owusu (K.O.) is an MBA and the founder of Too Manly. As a seeker of manly truths, healthy living enthusiast, and practitioner of the TooManly lifestyle, he is committed to helping men everywhere look, feel and live the prime of their life at any age.

Science Proves Thoughts And Intentions Can Alter Our Surroundings