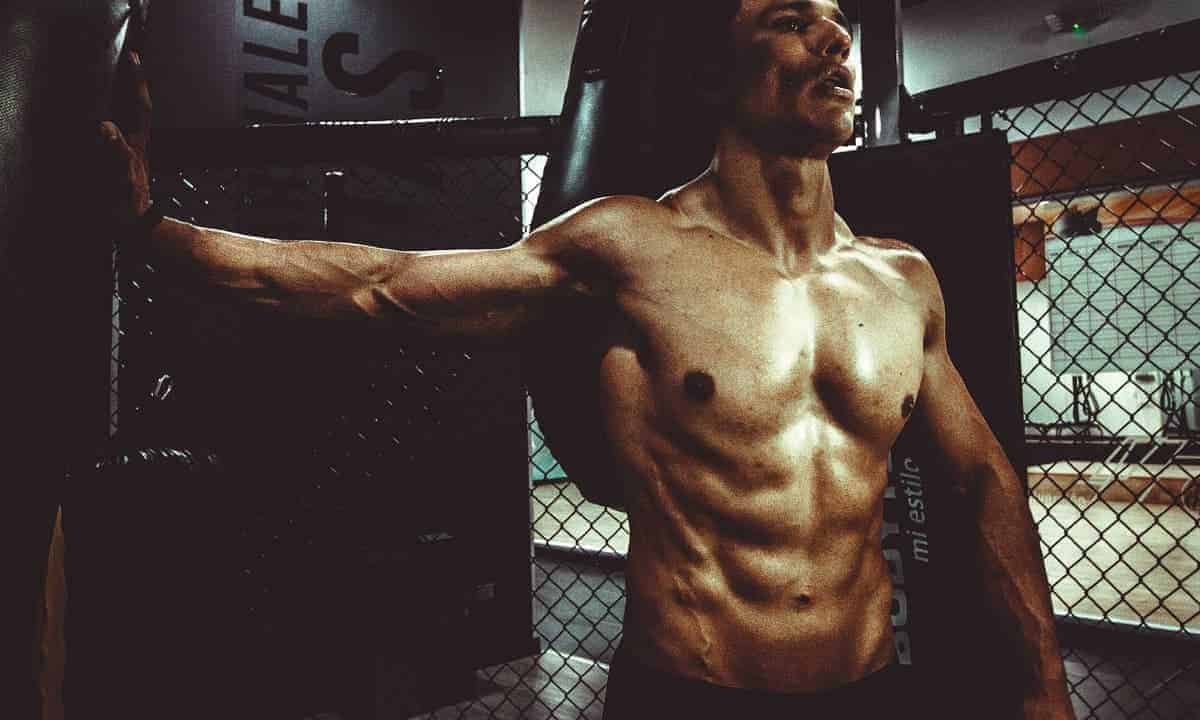 Proven to boost brainpower, reduce the risk of diabetes, boost health health, it’s one of the most successful weight loss strategies a man can try.

So what exactly is it? Intermittent Fasting (IF) is a term collectively used for various eating patterns that involve fasting for short periods of time. It can take several forms, including a time-restricted fast in which you eat within an eating window every day, ideally leaving a 14 to 16 hour fast period; OMAD, which has you eat only one meal a day and fast for the remaining 23 hours or so; and alternate-day fasting in which you fast every other day.

Those looking for something less hardcore, the easiest, most popular type of intermittent fasting is the 5:2 diet (also known as “The Fast Diet”), so-called because five days of the week are normal eating days, while the other two restrict calories to 500–600 per day.

Once a diet trend, intermittent fasting has quickly become one of the most successful weight loss strategies available. And because there are no requirements about which foods to eat but rather when you should eat them, it is actually more of a lifestyle than a diet.

I jumped on the intermittent fasting bandwagon in 2017 — just about when its notoriety had reached fever pitch and everyone and their grandma was talking about it — and have stuck with it since. I chose to go with time-restricted intermittent fasting, starting off with an 8 hour eating window that gradually closed to a 2 hour window. This means I fast for 22 hours every day, with some days being longer and others shorter.

Intermittent fasting has done wonders for my body and mind, and I believe all men can improve their lifestyles with its scientifically-proven benefits, which includes feeling less hungry and tired, burning stored body fat for energy, and improving overall health.

So, should you give it a go? In this article, I highlight the top 10 reasons why you should try intermittent fasting.

Intermittent fasting primes your body to do many amazing things. When you fast, your body undergoes gene expression, positively changing several genes and molecules related to longevity and protection against disease.

The following benefits of intermittent fasting are all related to these changes in hormones, gene expression and function of cells.

2. Intermittent Fasting Can Increase Your Energy Level Throughout The Day

How is it that eating less actually increases your energy level? Well, as counterintuitive as it might sound, intermittent fasting can provide a high level of energy throughout the day.

It’s simple, really. Digestion takes up a lot of the body’s energy — you’re probably familiar with that feeling of lethargy after a meal — so once you stop constantly digesting food all day, energy is freed up for other purposes, suchs as your day-to-day activities, job(s), and hobbies.

If you fast long enough, your body learns to use body fat for fuel, and fat is a far more efficient and sustainable fuel source than other energy sources like carbohydrates. In fact, carbs often gives us a surge of energy for four hours or so before slapping us with a sugar crash, explaining why the mid-morning and mid-afternoon slump has become the social norm.

Fasting also releases the hormone norepinephrine , which has been shown to have a positive effect on mental alertness. Low levels of norepinephrine has been associated with depression, so it’s easy to see how it can improve your mental acuity.

3. Intermittent Fasting Can Make You Less Hungry Throughout The Day

People are often very surprised to hear that fasting can make you less hungry, but it’s actually true. Studies show that during intermittent and extended fasting, ghrelin, the main hormone that controls hunger, decreases, making you less hungry and more likely to eat less.

On the other hand, leptin, a hormone that turns off appetite and makes us feel full, has been shown to increase during fasting.

4. Intermittent Fasting Can Help You Lose Weight And Belly Fat

Generally speaking, intermittent fasting makes you eat fewer meals. And unless you compensate by eating too much during the other meals, you will end up taking in fewer calories and therefore lose weight.

By enhancing hormone function as noted earlier, intermittent can actually increase your metabolic rate by as much as 14% to help you burn even more calories. Lower insulin levels, higher growth hormone levels, and increased amounts of norepinephrine all increase the breakdown of body fat to facilitate weight loss.

When we fast for long periods, our body undergoes a cellular “waste removal” process called autophagy. The cells break down and metabolizing broken and dysfunctional proteins that build up inside cells over time, using them as energy.

Increased autophagy resulting from intermittent fasting may provide protection against diseases like cancer and Alzheimer’s disease.

6. Intermittent Fasting Reduces Oxidative Stress and Inflammation in The Body

Oxidative stress — the same phenomenon that causes metal to rust — occurs when unstable molecules called free radicals react with other important molecules (like protein and DNA) and damage them, deteriorating the body as a result

Some studies have shown that intermittent fasting may enhance the body’s resistance to oxidative stress, while others show that it can help fight inflammation, another key driver of many common diseases.

7. Intermittent Fasting Can Slow Aging To Make You Look Younger

It addition to making us more susceptible to many chronic diseases, oxidative stress is a major contributing factor in aging. Intermittent fasting not only reduces oxidative stress, but by inducing autophagy, it also strengthens the body’s ability to heal from the damage caused by oxidative stress.

Autophagy, in particular, has been shown to increase lifespan by as much as 20% in rats. And though, there haven’t been any major studies on humans, an increasing number of researchers believe fasting in general could be the key to slowing the ageing process.

The result of this one-two punch of autophagy and oxidative stress-resistance is a body and mind that stays younger for longer so that you can look your prime and feel your prime at any age.

The incidence of Type 2 diabetes has reached such a level that it’s now an epidemic in much of the world, accounting for some 12 percent of deaths in the United States. The disease is the result of high blood sugar levels in the context of insulin resistance.

9. Intermittent Fasting is Good For Your Brain

If something is good for the body, it is usually also good for the brain. Intermittent fasting reduces oxidative stress, inflammation, blood sugar levels and insulin resistance, all of which are metabolic features known to be important for brain health.

In fact, several studies in rats have shown that intermittent fasting may increase the growth of new nerve cells, while other animal studies suggest it protects against brain damage due to strokes.

Intermittent fasting also increases levels of a brain hormone called brain-derived neurotrophic factor (BDNF), a lack of which has been associated with depression and other brain problems.

10. Intermittent Fasting May Be Beneficial For Heart Health

Heart disease kills more people around the world than any other disease, so no man should take it lightly.

Is Intermittent Fasting Right For You?

All things considered, intermittent fasting is a proven, effective and sustainable weight loss strategy. Considering that it doesn’t restrict what you can eat, just so long as you give your body enough time to fast, it can be viewed as a lifestyle and not a diet.

However, like any big switchover, results may vary from individual to individual. What worked for me and your friends may not work for you, or vice versa. That’s why it’s helpful to play around with the different types of intermittent fasting to find what works best for you.

Ultimately, as a complete man, you want to be able to feel your prime and look your prime at any stage in your life. There is nothing to lose by giving intermittent fasting a try — at best, it could be the lifestyle choice that gets you the body and health you desire; at worst, it’s not compatible with your lifestyle, at which point you can simply stop practicing it. Give it a shot, and see what happens.

Kwame Owusu (K.O.) is an MBA and the founder of Too Manly. As a seeker of manly truths, healthy living enthusiast, and practitioner of the TooManly lifestyle, he is committed to helping men everywhere look, feel and live the prime of their life at any age.

Science Proves Thoughts And Intentions Can Alter Our Surroundings